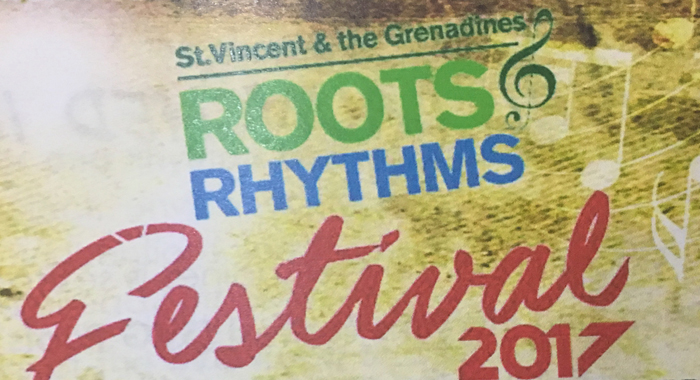 St. Vincent and the Grenadines is set to welcome its first roots and rhythms festival (SVG Roots and Rhythms Festival), March 31 to April 1.

Organisers are promising that the festival will be a musical spectacle with the region’s and St. Vincent’s top performing artistes.

The two-night festival falls just before the Easter weekend and the popular Bequia parties but still in the height of the Caribbean winter season in time to attract winter travellers in neighbouring islands and offer prospective Caribbean travellers a new island to visit, organiser say.

It is expected with this new festival on the island’ s calendar of events that this may also become a new time of year for the Vincentian diaspora to come home and a new interest for music enthusiasts from the region.

With the recent opening of the new Argyle International Airport, it is expected that St. Vincent will attract an increasing number of visitors to the island, with direct flights by airlines with larger planes, organisers say.

The SVG Roots and Rhythms Festival capitalises on this increase in airlift with the new engaging project, envisioned to bring long-term activity and opportunities to St. Vincent, for Vincentians locally and the far-reaching diaspora, diversifying and adding to the already attractiveness of the Grenadines as a vacation destination.

The organisers of the SVG Roots and Rhythms Festival see the event as a long-term investment in the island, bringing with it economic value at various levels, particularly as the festival grows to embrace and highlight the diversity of the island and its unique offerings, making it stand out from the rest of the Caribbean.

“We have strategically decided to produce the inaugural festival as a spectacular two-night event, however, we look forward to expanding the itinerary over coming years to include new locations on the island and exciting musical genres as we highlight the unique heritage of the island and showcase St. Vincent and the Grenadines as an exciting Caribbean destination.”

Bringing the best in local and regional talent, to launch the festival stage, the 2 exciting nights featuring “Timeless” and “Unplugged” performances from Eric Donaldson and Romain Virgo from Jamaica; Edwin Yearwood from Barbados; from Trinidad & Tobago, Sugar Aloes and top local artists Luta, First Lady, the Rodney Small Trio, Abuza, Dynamite and Yaphatoo and sealing the stamp of approval of the festival, St. Vincent’ s own international recording star Kevin Lyttle, with a team of popular festival DJs.

The SVG Cruise Ship Terminal will be transformed into the magical festival zone, from 8 p.m. on both nights.

One reply on “SVG welcomes its first Roots and Rhythms Festival”