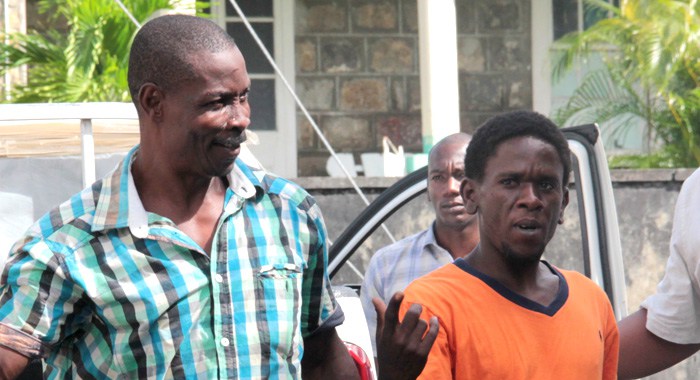 Malcolm Pollin, left, was shot and killed Sunday night, two weeks after he and Mark Weekes, right, were freed on a murder charge.

A Vermont man was shot and killed Sunday night, two weeks after he was freed on a murder charge.

Police say that Malcolm Pollin, 52, was shot by unknown assailants around 9 p.m.

Villagers say they heard several gunshots and found the deceased on the public road when they responded.

Police are still processing the murder scene and are yet to comment on the killing, which brings to three the number of persons killed in St. Vincent and the Grenadines this year — all falling to gunshots.

Pollin was released from police custody on Feb. 27, when the Crown told the Serious Offences Court, at the beginning of a preliminary inquiry, that they were not proceeding against him and Mark Weekes, 27, on a murder charge.

The two were among a group of men charged with the July 25, 2016 murder of Kamau Jones in Vermont.

Jones, who is originally from Union Island, died after being chopped and shot in Vermont.

Among the persons who are still subjects of a preliminary inquiry into Jones’ death are Pollin’s son, Brydon Joseph, 34; Courtney Joseph, 28, and Shemei Joseph, 25.