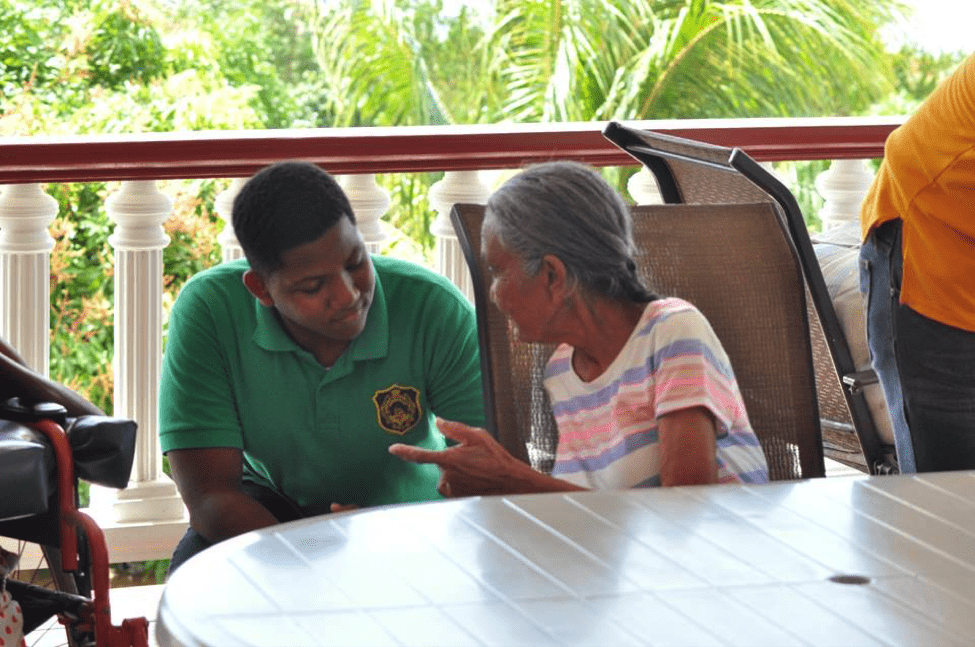 The Young Leaders’ mission was to spend time with the elderly and to provide guidance to boys residing at Liberty Lodge.

At the female section, the Young Leaders introduced themselves and presented the national theme “I am WE; Volunteering for IMPACT” as well as the school’s subtheme, “Volunteering Together – an impact lasting forever”. A scripture reading was done and they proceeded to interact with the female residents.

At the male section, The Young Leaders introduced themselves as well as the themes. They then sang choruses and did scripture readings.

After taking devotions, they socialised with the elderly males. Mr. Horne, one of the residents of the elderly home, gave some advice to the young leaders, stating, “Things have changed but remember the roots you came from.”

The residents of the elderly homes and the Liberty Lodge all enjoyed the visit from the SVGS Young Leaders.