St. Vincent’s 2016 tourism numbers are nothing to brag about 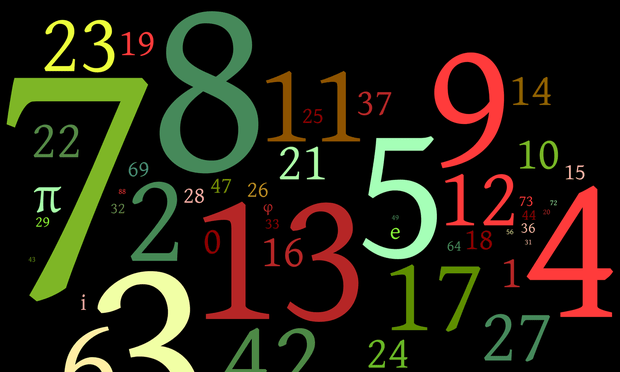 The construction of Argyle International Airport (AIA), which began operating on Feb. 14, 2017, was premised on a 2005 assertion made by the Prime Minister of St. Vincent and the Grenadines (SVG), the Honourable Dr. Ralph E. Gonsalves, that, “Our country’s tourism potential would not be fully realised unless we build an international airport. And tourism is likely to be our main foreign exchange earner for a long time to come.”

Realising “our country’s tourism potential” assumes that we possess a realisable tourism potential on the mainland (St. Vincent Island or SVI) together with an unrealised visitor demand thwarted for decades by the absence of an international airport. I have repeatedly challenged this assumption on many grounds such as pointing out that there are many highly popular Caribbean holiday destinations (and dozens of global locations) lacking a true international airport. These include the Florida Keys, several of the Bahamas Islands, two of the Cayman Islands, Dominica, Anguilla, Ilsa de Vieques, St. Barts, most of the Turks and Caicos Islands, and all but one of our Grenadines Islands (see essay numbers 31 and 43 below).

Dr. Gonsalves’ assertion may also be challenged by our seesaw tourist numbers over the past 16 years of Unity Labour Party rule whose current visitor figures are well below the average for this period (see Table 1 below), a finding that says the mainland has no inherent potential to generate a surge in tourist demand, the driving force behind hospitality industry infrastructure development across the globe.

This does not deny that international tourism is a huge and growing industry (albeit one with considerable short-term volatility and other intrinsic risks) with a long-term upward trajectory as wealth and income levels grow across the world, presumably the main macroeconomic indicators behind the Prime Minister’s decision to put what few eggs we have in a shaky tourism basket.

Yes, world and regional tourist numbers again broke records in 2016: global stayover tourist arrivals increased by 3.9 per cent compared to the year before; the Caribbean region did even better with its 4.2 per cent increase over 2015; and SVG did even better still with an increase of 4.5 per cent in stopover visitors from the year before (see Table 1). Although our overall country increase in yacht visitors was flat, this was not true of cruise ship passengers whose numbers increased by a welcome 10 per cent.

But a closer look at these figures shows that our year-over-year and long-term performance are nothing to brag about. Nor do they present any reason to believe that the operation of AIA will serve “to fully realise our country’s tourism potential”.

Second, although the 10 per cent increase in cruise ship passengers included a whopping 23 per cent increase to the Kingstown terminal from 54,818 in 2015 to 67,508 in 2016, these figures need to be considered within the context of how many of these passengers chose to come ashore (“landed passengers”). Assuming that are our proportion of landed passengers was the same 17 per cent as Barbados, the only regional country that publishes these figures, yields a total of 11,476 persons who ventured ashore.

Third, the 4.5 per cent 2016 increase in stayover visitors who landed by aircraft is still over 800 people short of the 16-year average and 24 per cent below the highest arrival number in Table 1.

Fifth, a comparison of yacht visitors shows that the same 87 per cent of yachters anchored in the Grenadines in 2016 as in 2015, again highlighting that the tiny cays are a much more desirable destination than our much larger mainland which saw the landing of only 6,185 yacht passengers.

Though all three visitor streams reveal much about our tourism potential, the most direct figures pointing to the success or failure of AIA are the stopover arrival numbers. Regrettably, the breakdown figures revealing the exact number of genuine extra-Caribbean international tourists flying to our mainland to spend at least one night, the cohort of travellers AIA was built to capture in growing numbers, is not provided by the SVG Tourism Authority even though this and other relevant tourism data can easily be compiled from our Immigration/Customs Forms (http://www.iwnsvg.com/2016/09/25/who-really-lands-at-arnos-vale/ ). Still, based on my earlier estimate that 6,500 extra-Caribbean stayover tourists landed at Arnos Vale airport in 2015, the 2016 increase in arrivals would bring this number up to no more than 7,200.

Though the two-year snapshot may be twisted to say otherwise, with dismal figures like these in which only 24,861 bona fide tourists landed by boat or plane in 2016 (Table 2), there is no reason to suspect that these figures would substantially increase just because we have a new international airport at Argyle. As for the attraction of a new resort at Mt. Wynne/Peter’s Hope to be built by a little-known Canadian developer with no Caribbean hospitality experience, its 275 rooms would barely compensate for the closure of the Buccament Bay resort.

There is lots of support for these assertions in my previous essays. The most recent evidence was provided by Jamaican-headquartered Sandals Resorts International (SRI), the world’s leading all-inclusive holiday chain, with 24 properties in seven Caribbean countries. SRI accepted what was undoubtedly a complimentary trip to assess the Mt. Wynne/Peter’s Hope site last year. The company’s decision to “Just Say No” to the concessionary gifts they were offered to build a resort there speaks for itself. So does the fact Sandals was finalising or implementing expansion of its luxurious offerings among our four main regional rivals — St. Lucia, Barbados, Grenada, and Tobago — at the time of their visit.

We will soon be yearning for the good old days of E. T. Joshua International Airport, a time when our ambitions were realistic, our debts controllable, our cost of living manageable, and our taxes affordable.

This is the 49th in a series of essays on the AIA folly. My other AIA essays are listed below:

6 replies on “St. Vincent’s 2016 tourism numbers are nothing to brag about”