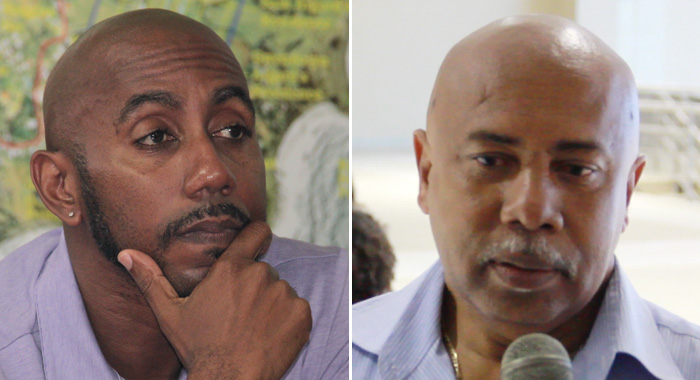 Minister of Tourism, Cecil “Ces” McKie and head of the Tourism Authority, Glen Beache, on Monday, were put on notice that the pressure is on them to secure international flights to Argyle International Airport for Vincy Mas 2017.

Word of this came from Prime Minister Ralph Gonsalves who said he expects there will be several charters for the nation’s largest festival, but said the details must be arranged soonest.

Gonsalves told a press conference in Kingstown that while the Tourism Authority has been responsible for negotiating with the airlines, this has never been and can never be a one institution or one-man business.

He said it is for that reason that the government’s “Making AIA Work” committee has been placed under the Ministry of Tourism.

Beache has headed the negotiations with the airlines over the past few years but has, so far, failed to secure scheduled international flights to the airport, which began operation on Feb. 14.

The international flights that landed at the airport on its opening day were chartered and since their return leg on Feb. 21, there has been no international arrival or departure of commercial flights into the EC$700 million airport, which opened seven years behind schedule.

The prime minister said he believes appropriate arrangements are being made for flights for carnival.

Responding later to a question about when the government is expecting to have regular chartered or scheduled international flights to and from the airport, Gonsalves said:

“I’m expecting that there would be several charters over carnival. And based on the information which I have been given by those who are directly involved, I would expect that we would begin to see regular flights for the next tourist season, which is the November tourist season.”

Gonsalves said he has told Beache and McKie that those charters have to be pinned down fairly soon, noting that some persons would have already begun to book to come home for carnival.

“And visitors who want to book outside of Vincentians, they have to remember that it’s only a relatively small number of persons who can say that they are taking leave within a week’s notice, within days’ notice. People have to give their employers a good two, three months’ notice.”

Gonsalves said he is hopeful that these arrangements will be “pinned down” within a week or two.

“You can’t delay that. And I believe these guys would probably feel that I am using the media to put pressure on them too, and if they feel that way, yes, yes, yes.

“Because I am talking to them privately in these terms,” the prime minister said.