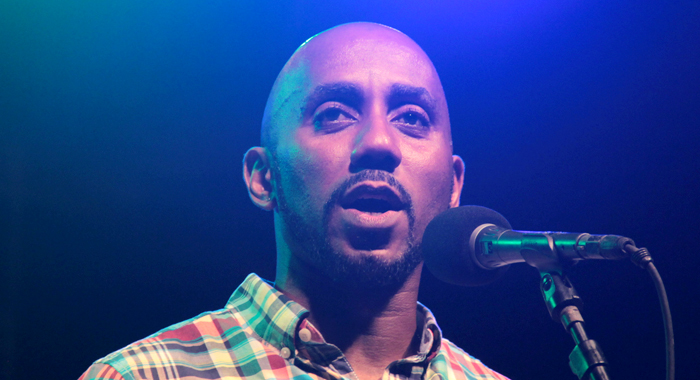 Beache has seen the light of the intricacies of negotiating with airlines.(IWN file photo)

Head of the Tourism Authority, Glen Beache, used a town hall meeting he held in Montreal, Canada last Friday to attack social media commentators, who he said behave as if they are experts on negotiating with airlines.

Beache’s comments came in a speech in which he essentially had nothing new to report — after five years of trying — about when Vincentians in that North American city can expect to fly home on regularly scheduled or regularly chartered direct flights.

Beache said that in trying to attract airlines to fly to Argyle International Airport (AIA), the diaspora plays an important role.

He said he had met earlier that day with Air Canada to discuss the potential of having direct flights to AIA, adding that the government has been in talks with airlines all around the world for at least the past five years.

‘You name it, we have spoken to them. Today was not our first meeting with Air Canada. We’ve met with WestJet, American Airlines, JetBlue, Sunwing, BA, Virgin, Caribbean Airlines, Air Berlin, Copa.  You name it. Once they are willing to meet with us, we have met with you. So, I want to put that out there to say it is not a lack of effort,” Beache said.

He said that when AIA opened on Feb. 14, a lot of people felt that there should have been regularly scheduled international flights immediately.

The airport had missed completion dates annually since 2011. And Beache said that WestJet and JetBlue were ready to come in October of 2015 and last December, they had a contract signed with American Airlines ready to fly into AIA.

“Unfortunately, we missed these dates,” Beache said, adding that the government has put in place and will continue to put in place the things that the airlines look for.

He said that nationals love SVG and think that airlines should fly to the country.

“But we have to face facts also.  Airlines are not going to be coming into St. Vincent and the Grenadines because they love us or because they think [of] how beautiful we are. The bottom line is if they can’t make money, they are not coming into the country,” Beache said.

He told the gathering that while he loves social media and gets a lot of news there and while Facebook, arguably, the most popular social medium among Vincentians is positive, “It also contributes some negativity to how we do our work and what we do.

“And as a Vincentian society, I think sometimes we go down a wrong line. And when I say that, that is not to tell anybody they shouldn’t have an opinion — your opinion is yours. You have a right to it, you have a right to speak your own mind. But it also comes with a — I don’t want to say connotation. It also comes with this effect that we tend to believe we are experts on every single thing. And because social media is done over your screen and you are not in front of people, it is easy to type in something and let it go.”

Beache said one of the issues he has is that the airlines would have to do their forecast and look at the figures coming into St. Vincent.

He noted that up until Feb. 14, the largest commercial aircraft that “could land in St. Vincent and the Grenadines” was an ATR 72-seater, and, depending on the wind at E.T. Joshua, it could not take off full”.

He asked the audience to compare that to SVG’s neighbours that could have 737 landing up to eight times a day with 180 passengers.

Beache said that last summer, it was so hard for people to get out of SVG, people actually took cargo boat from SVG to Trinidad and then fly to North America and England.

He further said that because SVG is a new destination, the airlines will not take all the risk.

They will also look at hotel capacity, which is currently 2,220

“Our aim is to get that up to between 3,500 and 4,000 rooms. If we can do that, it makes it a lot easier for us to attract the airlines,” he said, adding that the government has decided to construct a hotel of about 250 rooms.

Beache said that he was meeting with American Airlines last year and during the last meeting before the contract was signed, a Trinidadian executive in the airline told him she understands what he meant when he said the task of wooing airlines was tiring.

“She said I know what you mean. She said I’ve been following all the social media remarks and she said it’s funny how everybody knows what you have to do in order to get these airlines in and done understand the intricacies.”

Beache said that he gave the story because American Airlines follows the Discover SVG page “and they see all the negative comments and they see some of the comments that make no sense to the airline industry whatsoever.

“I am sorry, to get an airline into St. Vincent and the Grenadines is not me going down the road to the Chrysler dealership and picking up a new car,” said Beache, who said negotiating with the airlines has been a learning experience for him.

“Yes, I know my marketing, I know my public relations, everything. But the airline industry is very difficult to deal with,” the former tourism minister said.