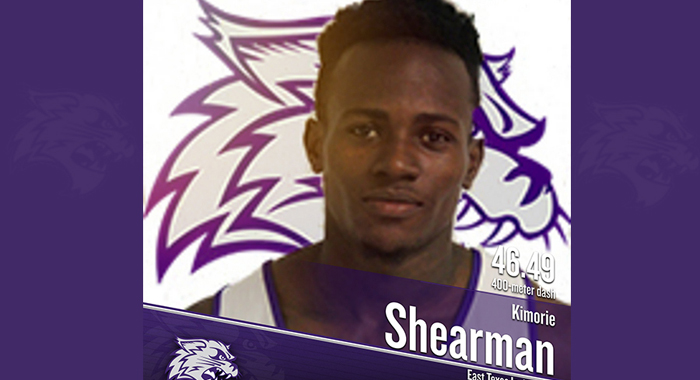 Kimorie Shearman established a new Wiley College record when he clocked a personal best of 46.49 in the 400m at the Eastern Texas Invitational on Saturday. In his second outdoor meet for the season, Shearman shaved almost a full second off his previous best of 47.44 set on March 17 and has qualified for the National Association of Intercollegiate Athletics Championships scheduled for June.

Meanwhile, Shafiqua Maloney continues her good form with a wind-aided personal best run of 23.65 in the 200 metres, at the Gibson Invitational in Indiana. Representing Southern Illinois University, Shafiqua has now moved to the number one spot for both 200 and 400 meters at her school.

Kemroy Cupid, competing for Colby Community College in Kansas, won both his 100 and 200-meter races at the KT Woodham Invitational in Wichita. He recorded times of 10.60 and 21.53 respectively and will compete in the 400 this weekend.

At the Gamecock Invitational in South Carolina, Brandon Parris, running unattached, finished 4th in his heat with a time of 21.41 seconds. At the same meet, Soreyna Milller, representing Benedict College, finished second in her heat with a 58.54 clocking, while over at the Texas Invitational, Courtney Williams clocked a wind-aided 21.92 to finish 7th in his heat and 25th overall.