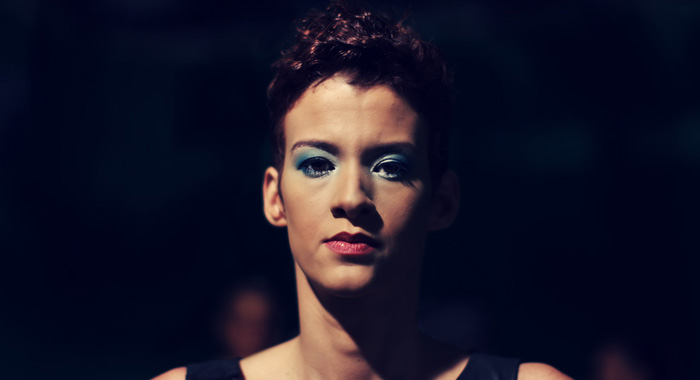 Rita Indiana was born in Santo Domingo in 1977. A writer but also singer-songwriter, she started writing when she was quite young before developing a passion for music and reinventing the merengue. Her songs’ lyrics, as well as her novels, focus primarily on Caribbean social and ethical issues.

La Mucama de Omicunlé (Omicunle’s Room Maid) cautions the reader about the undeniable and inevitable destruction of our world and portrays a clear picture of what will happen if we do not stop the process of dehumanisation and violence.

While this latest novel retains the Dominican rhythm that characterises Indiana, especially through geography, history and linguistic codes, it is also deeply Caribbean and Latin American.

The Grand Prix Littéraire Région Guadeloupe is intended to honour and reward a literary work published in the previous three years in French, English or Spanish. It is awarded by the members of an international jury comprising major literary figures and writers from the Caribbean.

For the fifth edition of the Caribbean Writers Congress, four nominees competed for the Award:

The Caribbean Writers Congress aims to contribute to the cultural development of Guadeloupe and Caribbean citizens as a whole.

This year’s Grand Prix Littéraire Région Guadeloupe, initiated by the Association of Writers of the Caribbean, honoured the Dominican Republic and a new generation of writers.