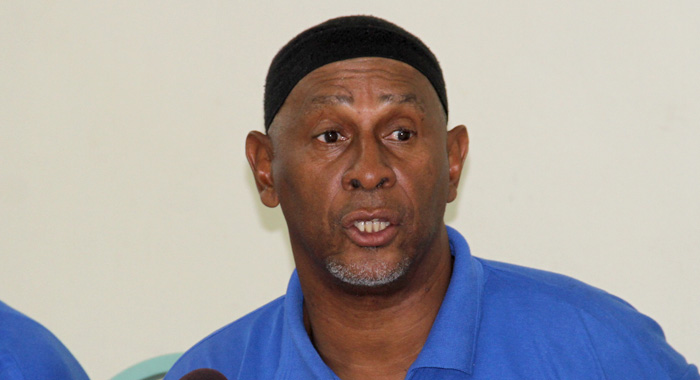 The National Omnibus Association (NOBA) says that minibuses will go on strike if police move to remove sound systems from minibuses that serve the public.

The announcement by NOBA’s president Anthony “Code Red” Bacchus at a press conference in Kingstown on Monday comes amidst on-going complaints about the volume and lewdness of music played in many of the nation’s minibuses.

“People have a tendency of blaming all minivans for loud music but it doesn’t pertain to all the vans. There is word on the street that they will be taking out the radios and music out of the minivans. If they do, we are gonna shut down because it is just a 10 per cent [of minibuses] that is being disrespectful and a menace to society, and we would like that 10 per cent to be dealt with swiftly,” Bacchus said.

Contrary to the law, many minibus owners install disco type amplifications equipment in minibuses and blast music at deafening volumes.

Bacchus said that NOBA would like the government to use a decibel metre to determine which minibuses are playing music too loudly.

“Because, like I say, it is very difficult to drive all day long with no music in that van. Like I said before, we do not tolerate lewdness, loud music and reckless driving, all those types of stuff. This (music) is all we have to keep us comfortable in the vans and passengers as well, some of them like to listen to radio programmes, like to listen to morning programmes on the radio, listen to the news. If you take out all the music and the radios, we have nothing.”

Bacchus said that a couple years ago, the police were trying to enforce the law where music cannot be played in a minivan without the permission of the Commissioner of Police.

“They were giving out tickets and one lawyer challenged it in court and the lawyer won because the present law that they have is not substantial enough to prevent a person from playing his music in his vehicle. So, at that time, I was opposing that, because I was saying I don’t see any law that said you cannot play a musical instrument. They were including a radio as a musical instrument — without the commissioner’s permission…

“So the government is coming back with another legislation to say that they’re gonna remove all radios out of the van… I am saying, if you have amplified music in your van, it should be at a certain level; not blasting,” Bacchus said.

With extended exposure, noises that reach a decibel level of 85 can cause permanent damage to the hair cells in the inner ear, leading to hearing loss. Many common sounds may be louder than you think… A typical conversation occurs at 60 dB – not loud enough to cause damage, according to Dangerous Decibels, a website.

Bacchus said:  “There is nothing wrong with just playing a regular radio, but you have to remember these minibuses, they use their buses for private use too. I am saying if you cannot comply with the law to have your music at a certain level, … and you get caught you are subject to go to court and you lose all your music completely.”

The NOBA head maintained that only a few buses play loud and lewd music, but conceded that a ban on all amplified music will level the playing field among minibus operators.

Bacchus admitted that he, too, has amplified music in his van.

He later told reporters that he would support a move to remove all amplification equipment from minibuses.

(See below the reaction on Facebook to Bacchus’ announcement)