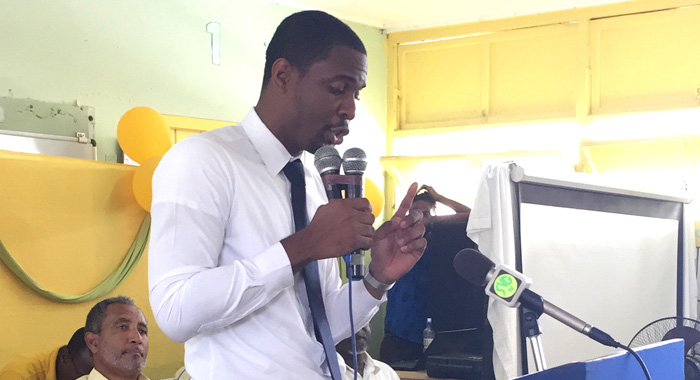 A young lawyer says that St. Vincent and the Grenadines is breaking too many of the wrong records and has suggested that double standards and moral decline are partly to be blamed.

“… it is clear, that we are quickly losing our way,” Jemalie John told the youth convention of the opposition New Democratic Party in Langley Park, Georgetown on Sunday.

The noted that the nation’s most recent murder victim was a mother who was shot dead in the streets.

“We are losing our men to violent crime, illegal drugs, too many are unemployed, too many incarcerated.

“We now live in a country that is more divided than it has ever been before; and our country is governed by a political philosophy that says it is enough for just some of us to prosper.”

John told the Young Democrats that he knows that some persons would accuse him of being “negative” and “unpatriotic”, because he talks about “what is wrong with the country”.

He, however, said: “I understand that the truth can make us uncomfortable and some of us will rather not talk about it. Maybe we can pretend some of the things that are happening are not really happening and perhaps one day they will all go away. Or, we can take the reality check now and determine for ourselves what kind of country we want to create for future generations.”

He said that rather than being negative or unpatriotic, he speaks “precisely because I believe in my country”.

I believe in a Saint Vincent where our young people are not forced to leave our shores after they have completed their courses of study because no jobs are available here at home.

“We don’t need to make excuses for stupid behaviour. We don’t have to pretend that sexual promiscuity is okay. At least, not in a society plagued with teenage pregnancy, HIV and other sexually transmitted diseases, rape and indecent assault. We need to be more responsible and to hold our leaders to a higher standard instead of lowering expectations,” John said.