Man who outs cigarettes on his hand fined for weed 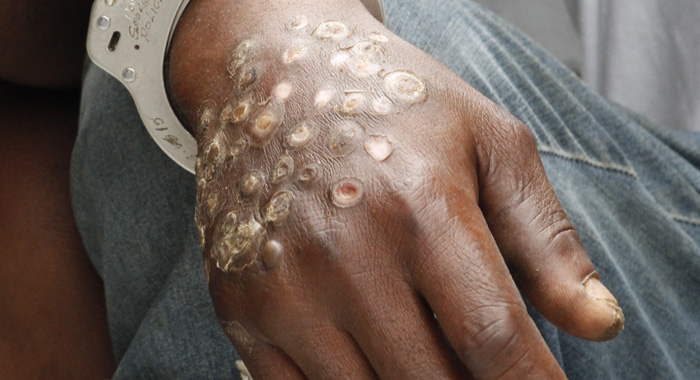 A Vermont man who has about 40 self-inflicted burns on the back of the hands caused by cigarette butts, was fined on Monday for cultivating marijuana.

When he appeared at the Serious Offences Court, Calbert Andrews, 25, pleaded guilty to a charge that he cultivated 11 cannabis plants.

His co-accused, Irone Bascombe, of Vermont, who pleaded not guilty to the charge, was discharged after Andrews accepted the facts presented by the prosecution.

The court heard that the police, acting on information received, met Andrews along the Vermont public road around 5 a.m. on Saturday, May 13.

They then took him to the Vermont mountains, where they met a hut with 11 marijuana plants growing around it.

In court, Andrews, who did not have a lawyer, told Chief Magistrate Rechanne Browne-Matthias that the marijuana does not belong to him and that he always plants eddoes.

He said that a friend threw the marijuana seeds in the area and the trees grew up there.

The magistrate, noting a number of burns on the back of the defendant’s hands, asked him if he uses his hand as an ashtray.

Andrews told the court that he often puts out the butts of his marijuana joints and tobacco cigarettes by pressing the lighted end against the back of his hand.

Senior Prosecutor Adolphus Delplesche asked Andrews, “What about the white powder?” – a reference to cocaine.

Andrews told the court that he does not smoke cocaine, and Delplesche asked if he sniffs it, to which the defendant responded no.

The magistrate noted that Andrews does not have a good record, but pointed out that he had pleaded guilty at the first available opportunity.

She fined him EC$200 to be paid forthwith or one month in prison.

However, Andrews was jailed on Monday for possession of a firearm and two rounds of ammunition, without a license.

Correction: An earlier version of this story had, in some instances, the incorrect surname of the defendant. We have updated the story to ensure consistency and accuracy.