No charge against cop held in connection with murder (+video) 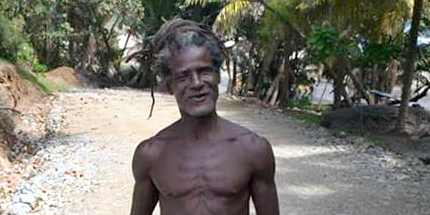 Police have released, without charge, the police officer and his girlfriend who were taken into custody after the murder of Stubbs resident Augustus “Hatta” Dickson, who was shot and killed at his home Friday night.

The couple are tenants at Dickson’s home and police had taken them into custody as part of their investigations.

However, they were released Sunday night after police found no evidence linking them to the crime.

Dickson’s murder — the fourth for this month and 11th for the year — came as a shock to residents of this South Windward community, where he was likened to Mother Theresa, a deceased Catholic nun who dedicated her life to the service of others.

One man who gave his name only as “Papa Charlie” told iWitness News on Saturday that he and Dickson, who lived closed to Stubbs Bay, were neighbours until up to 10 years ago, but they remained friends.

“I spoke to him up to last month about the same violence that caused his death. We were talking generally about violence. So I was admonishing him to keep from violence. His last word to me was, ‘Daddy Bailey, you know me don’t trouble people.’

“He said, ‘Me live yah and me don’t leave here, so me safe.’ Those were his last words.”

The man said Dickson had complained to him about rent that was owed to him and about some space that he had in his house where he had some instruments that he was safeguarding for someone.

He wanted the space because he rented the place,” Papa Charlie told iWitness News.

“So I tell him don’t get involved in violence. If it’s anything, see the police. I was surprised when I woke up this morning and heard this.

He told iWitness News that Dickson was a mason and every Sunday morning, he would leave with his bag of tools to go and assist people in the community.

“And to take a man like he life in Stubbs, it really hit home to all of us — the entire community. Everybody is in mourning this morning.”

Police say that Dickson’s body was found in the patio of his house with gunshot wounds.