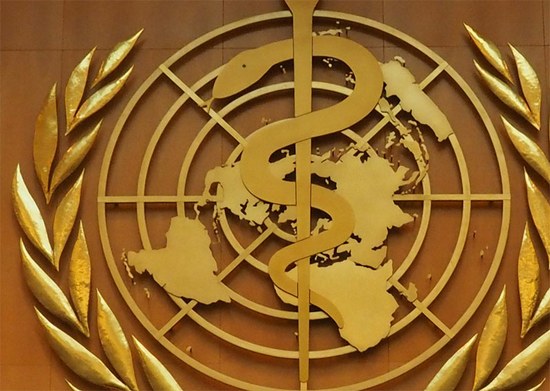 GENEVA — St. Vincent and the Grenadines (SVG) on Monday said it “deeply regrets” the decision by the World Health Assembly (WHA) not to invite Taiwan as an observer this year — after eight years of inclusion — and called on the world body to reject the “fictional farce” that Taiwan is part of the People’s Republic of China (PRC)

The decision not to invite Taiwan comes amidst increased tension between China and the self-governed Taiwan, which Beijing considers a renegade province, to be reunited by force, if necessary.

Beijing-Taipei relations have worsened since the election in May 2016 of the pro-independence Democratic Progressive Party, after eight years of governance by the pro-unification Kuomintang.

Addressing the assembly on Monday, SVG’s Minister of Health, Sen. Luke Browne said that Kingstown contends that “the non-invitation of Taiwan to the assembly “flies in the face of the mission of this organisation to be a genuine world forum that is fundamentally concerned about improving global health”.

Browne said that his government has been advised that the practice of extending invitations to Taiwan has been discontinued for political reasons, adding that the World Health Organization’s Director of External Affairs said Taiwan was not invited this year because of the absence of a ‘cross-strait understanding’,” Browne said.

He said that the WHO Director of External Affairs offered the consolation that Taiwan will still be allowed to participate in WHO technical meetings.

Browne, however, said this is a “fiction” that persisted even when Taiwan had observer status.

“Their efforts to do so in the past were frustrated by all manner of roadblocks and obstacles, and it is hard to imagine that the situation would improve now that they have been unceremoniously stripped of observer status. The ‘invitations’ to participate in technical meetings proved to be little more than meaningless pieces of paper.”

Browne said that the fact that Taiwan was granted observer status in the is “tacit recognition that they should not be left out.

“It acknowledges that without Taiwan there is a gaping hole in the attendance and participation at this event and its coverage of the world,” he said and asked how could the WHA exclude a population of 23 million people from the deliberations on international health issues.

“If there were not a legitimate reason as to why Taiwan should come here and be among us, then no kind of cross-strait understanding nor any other condition would have ever been able to justify their attendance and participation in these proceedings in any capacity in the past,” Browne said.

He described as “a fictional farce that should be rejected” the “notion” that Taiwan is a part of the People’s Republic of China.

“Can a part of the PRC be invited to the WHA as an observer?” Browne said.

He added: “The world knows that there is an autonomous government in Taiwan, and that there are free and fair elections, and that Taiwan has its own flag, its own national anthem and all the trappings and emblems of a sophisticated modern nation state.”

Browne said the exclusion of Taiwan “erodes the credibility, integrity and effectiveness” of the WHA.

“SVG urges this Assembly to abandon old and dated arguments and preposterous propositions to give effect and recognition to the practical reality,” he said, adding the WHA’s concerns should be about what is in the best interest of global health and not “inappropriate political considerations,” he said.

The World Health Assembly is the decision-making body of the World Health Organization (WHO). The Assembly sets WHO policies, appoints its Director-General, supervises financial poles and reviews and approves the proposed programme budget of the WHO.

The assembly is taking place from May 22 to 31

and will discuss a number of issues, including polio; antimicrobial resistance; access to medicines and vaccines; the health of refugees and migrants; improving vector control; adolescent health and chemicals management.

The health assembly will also examine a number of topics relating to non-communicable diseases, including dementia, cancer, and preparations for the UN General Assembly High-Level Meeting on NCDs to be held in September 2018.