C’bean nations urged to save in a ‘rainy day fund’ 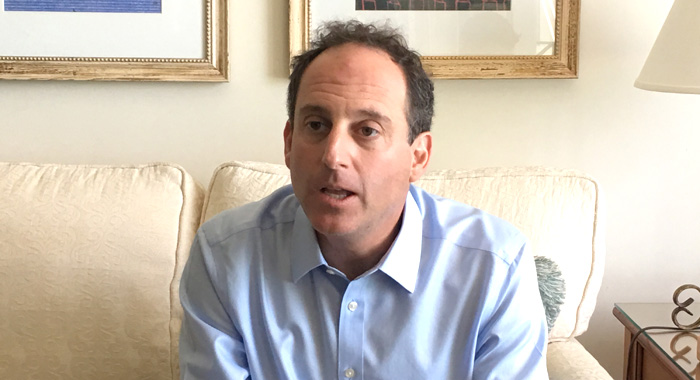 Daniel Lederman, deputy chief economist for Latin America and the Caribbean at The World Bank, said that dealing with the challenge of savings — particularly in public service — but also private savings — is one of two major fiscal policy issue affecting regional governments.

His comments came in an interview on the sidelines of the 47th Annual Meeting of the Board of Governors of the Caribbean Development Bank.

“And by relatively large governments, I mean the fact that small economies tend to spend more on their public service as a share of what they produce than the larger economies,” Lederman said.

He, however, said that the Caribbean is not unique in this regard, but added that smaller economies tend to be more volatile because they are often more specialised and, therefore, vulnerable to fluctuations.

“Second of all, we have to learn to live with natural disasters,” Lederman said.

He said that it is not that smaller economies are impacted by natural disasters more frequently.

“The issue is that the cost of these natural disasters tend to be much higher as a share of our production ability in smaller economies, when compared to larger economies.

“So, we need to find a way to make our governments, public sectors save during the good times, in order to have those saving for a rainy day — almost literally — so that we can support our citizens and our economies during the harshest of times, when it counts the most.”

The World Bank economist was confident that the Caribbean can get its finances in order.

He said that history has shown that small economies have been able to grow quickly, and have become prosperous to a greater degree than larger economies.

He mentioned as examples Luxemburg, Singapore, Barbados, Trinidad and Tobago, the Bahamas, and St. Vincent and the Grenadines.

“And, in terms of the current economic juncture, some of the smallest economies in the Americas are the fastest growing,” Lederman said, mentioning among them, Panama and the Dominican Republic.

Lederman said that Caribbean policymakers are not unique in not saving enough.

“I think if you look around the world, politicians, and leaders, when things are going well, they tend to overestimate their ability to have caused good things to happen and, therefore, there is a tendency that’s almost human nature, for policymakers during good times to believe — even sincerely believe — that the good times have come because we are doing things very well.”

Lederman said that if this were the case, there wouldn’t be an economic need for saving, because this economic prosperity would be a permanent condition.

“So politicians and leaders around the world, in economic terms, tend to be myopic. They tend to believe when things are going well, we have fundamentally changed our economic fortunes, and, therefore, it doesn’t require savings.”

The economist said that when a country faces a station where there is high debt and the economy stumbles, it is “a very painful situation”.

“And there you have only difficult alternatives. You have issues with financing the debt and public expenditure precisely because the economy is not as dynamic … And, at the same time, those are the times when you would actually want to expand public expenditure in order to protect citizens from the slow moving economy.”

He, however, said it is usually too late at that time to think about other alternatives.

“All of the choices are painful. It is in the good times when leadership actually counts for the long-run,” Lederman said.

“It should be feasible to put some money away for a rainy day fund,” he said, adding that such a fund can be embodied in several mechanisms.

He said that if a country is concerned about the potential of recurring natural disasters, the best way is to save a little during good times and pay a premium in disaster risk management facilities, such as the Caribbean Catastrophe Risk Insurance Facility.

Lederman, however, did not suggest a percentage that Caribbean government should save in good times.

“It’s very country specific because it depends on a variety of variables that one would need to model explicitly and scientifically.”

Among these variables, he mentioned the ups and downs of an economy, the sources of such fluctuations, the average duration of each component, and the potential for natural disasters.

“And each economy is difficult and I haven’t run the numbers for them,” Lederman said.

He said that in his current research, he does not have a specific number for each country.

“We just know two things: smaller countries around the world — but, in particular, the Caribbean and elsewhere in the Americas — tend to save less on average in the long run than our larger neighbours.