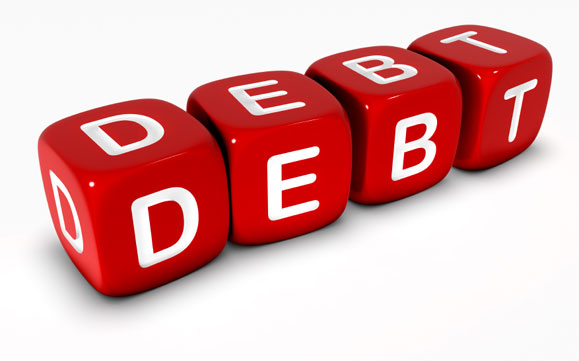 St. Vincent and the Grenadines’ (SVG) debt under PetroCaribe as at May 15, 2017 stood at EC$190.3 million, Hans King, press secretary to Prime Minister Ralph Gonsalves said in a press statement on Tuesday.

He said the debt at Sept. 30, 2016 – EC$185.2 million – was published under the rubric “Disbursed Outstanding Debt” in the Estimates of Revenue and Expenditure for the year 2017.

“These Estimates were debated on, and approved by Parliament on Jan. 30, 2017,” King noted.

“The other major projects on which the PetroCaribe monies have been spent are: Accountant General (budgetary support); Border Security Management; E-Passport System; Farmers’ Support Company (for soft-loans to farmers); Housing Reconstruction and Rehabilitation (Housing for the poor and Rebuilding after Natural Disasters); Distribution of Housing Materials for the Poor; Fight against Black Sigatoka Disease; Purchase and Retro-fitting of Dee’s Services Building (for Electoral Office and Immigration Office); Purchase of Cuban Drug for patients for Diabetic Ulcers; Rehabilitation of Temporary Mental Health Centre at Orange Hill; SET Programme (Support for Employment/Training of College and University Graduates); Tourism promotion; Re-fleeting of LIAT (part of St. Vincent and the Grenadines’ contribution); Road Repairs; and Belle Isle Correctional Facility,” King said.

The PetroCaribe Initiative of Venezuela government was formalised under the Energy Cooperation Agreement signed at Puerto Cruz, Venezuela, on June 29, 2005.

King noted that two companies were formed in St. Vincent and the Grenadines in 2005, and registered under the Companies Act, to facilitate the operation of this agreement.

These companies are the a joint venture company PDV (SVG) Ltd., in which the state-owned energy company in Venezuela, PDV, is the majority shareholder (51 per cent), and the Government of St. Vincent and the Grenadines is the minority shareholder (49 per cent).

“This company is the conduit for the sale of petroleum products (diesel and cooking gas) to St. Vincent and the Grenadines; and (ii) PetroCaribe (SVG) Limited, a company wholly-owned by the Government of St. Vincent and the Grenadines, which administers the financing agreement under the PetroCaribe initiative and repays the ongoing long-term loan to PDV in Venezuela.”

Under the PetroCaribe Agreement, SVG pays to Venezuela 50 per cent of the cost of the petroleum products within 90 days of delivery and the other 50 per cent is kept by the Government of SVG as a very soft-loan for socio-economic development.

The percentages vary according to the cost of the petroleum products.

“The terms of the soft-loan are very generous: 1 per cent interest over 25 years.  We are grateful for the generosity of the Bolivarian Republic of Venezuela,” King said.

He said PetroCaribe (SVG) Limited is governed by a board of “experienced and professional” Vincentians, including senior public servants, under the chairmanship of former minister of national security, retired politician Sir Vincent Beache.

“Its Manager/CEO is an experienced public servant, Fay Ferguson.  The records, including the accounts of the company, are kept to the requisites of the Companies Act and high standards of professionalism.  The accounts have been audited first by KPMG, and recently BDO, both local branches of international auditing firms.  The supervising auditor is the experienced and independent, Mr. Reuben John,” King said.

He said the audited financial statements of the PetroCaribe (SVG) Ltd. for the years up to, and including 2010, have been filed and are available at the Registrar of Companies at the Commerce and Intellectual Property Office (CIPO).

“The audited accounts for the years 2011 – 2015, inclusive, are in draft and are being currently finalised for filing shortly,” the press secretary said.

He said accountability/oversight regimes for PetroCaribe (SVG) Ltd. are exercised, and exercisable, internally and externally through the mechanisms of the Companies Act, the audited financial statements, the discretionary authority of the Director of Audit under the Audit Act 2005 in respect of a government-owned company, the mandatory authority of the Director of Audit since October 2016 under the PetroCaribe (Special Purpose) Fund Act (Number 13 of 2016), and Parliament.

“All the information herein, save and except the up-to-date number, as at May 15, 2017, of the government indebtedness under the PetroCaribe Agreement, has been in the public domain on an on-going basis in keeping with the ULP government’s commitment to transparency, accountability, and good governance,” King said.

King’s statement comes less than a week after the main opposition New Democratic Party continued its campaign for the government to account for how it spends public funds, and renewed its call for the accounts of PetroCaribe and IADC to be laid before Parliament.