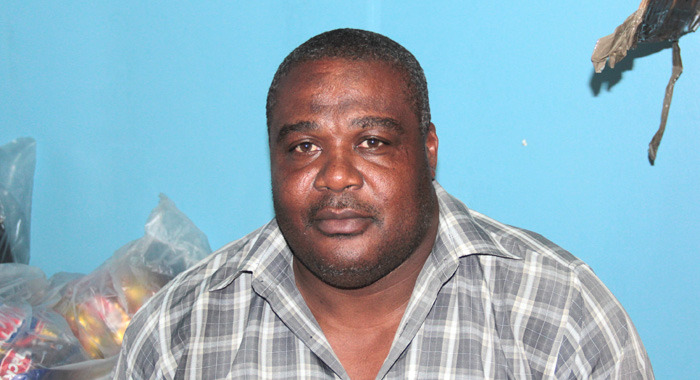 Detective Trevor Bailey has been promoted to the rank of Assistant Superintendent of Police. (IWN photo)

The detective who was removed as head of the Major Crime Unit (MCU) shortly after the March 2015 arrest of teacher Jozette Bibby-Bowen in the staff room of Bishop’s College Kingstown has been promoted.

Inspector Trevor Bailey has been elevated to the rank of Assistant Superintendent of Police.

This is the second time that Bailey is being promoted over the last few years.

The detective, widely regarded as one of the nation’s best investigators, had spent seven years as a station sergeant, not being promoted until November 2014.

Sources say that the government blamed him for the outcome of the investigation into the March 2006 murder of Glen Jackson, then press secretary to Prime Minister Ralph Gonsalves.

Detectives from Scotland Yard were also involved in that investigation.

The man charged with Jackson’s death, 23-year-old Francis Williams, had the murder charge against him dismissed at the preliminary inquiry stage.

In the Bowen case, the teacher was arrested at school and slapped with two indecent publication charges in connection with posts she allegedly made on Facebook.

Director of Public Prosecution Colin Williams later discontinued the charges, and Prime Minister Ralph Gonsalves, who is also Minister of National Security and Legal Affairs, suggested that the actions of the police to charge Bibby-Bowen were not consistent with the directives of the DPP.

Bailey was head of the MCU at the time when his officer arrested the teacher, but he was not in office on the day when the arrest took place.

In the 2015 transfers, then head of the Criminal Investigations Department –under which MCU falls — then Assistant Superintendent of Police, Sydney James, was transferred to head the CID branch in Calliaqua, while Bailey was transferred to Biabou Police Station, where he became the highest-ranking officer.

James was sent to fill a post held by an inspector, and some observers said that the transfers were face-saving measures intended to punish and embarrass the senior officers for the actions of their juniors, who conducted the investigation.

But then police chief, Michael Charles denied this, telling iWitness News: “People will always have their views, but the Commissioner can transfer anybody where he sees fit.”

Both the police chief and James have since retired.

James reached retirement age in 2015 but did not apply for an extension, reportedly after a senior member of the ruling Unity Labour Party accused him of being a supporter of the opposition New Democratic Party.

Sources tell iWitness News that the former cop — widely regarded as the nation’s best detective — was not ready to retire but did not apply for an application in light of the ULP official’s comments to him.

Most recently, James has been seen driving a minivan.

Among the persons elevated in the promotion that took place on June 1, is another senior detective, Hesran Ballantyne, who, like Bailey, has been promoted from inspector to ASP.

Nigel Butcher was also so promoted to the ranks of ASP.

“Commissioner of Police Renold Hadaway and other gazetted officers extend commendations to the officers on their promotion. The Commissioner expressed that this elevation is a significant milestone in the officers’ careers. Commissioner Hadaway encouraged the officers to let hard work and dedication continue to define their careers,” the police PR department said in a statement.