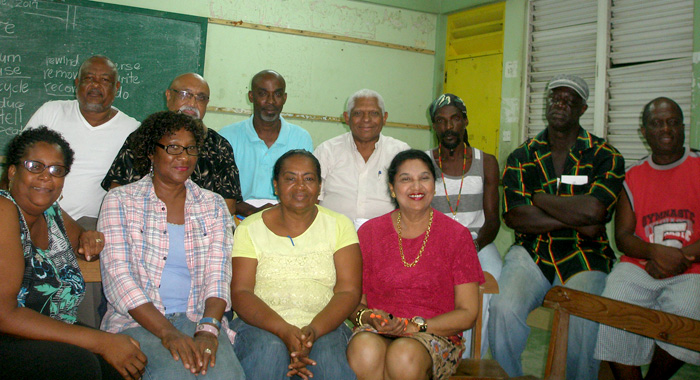 The executive of the Yambou, Argyle, Peruvian Vale Neighbourhood Watch.

The neighbourhoods of Yambou, Argyle and Peruvian Vale will launch a neighbourhood watch this weekend in an attempt to reduce the number of crimes plaguing residents of the communities.

The neighbourhood watch, which will be launched on Saturday, is intended to help law enforcement officers fight crime in the communities, as well as building community spirit in these neighbourhoods and surrounding areas.

Residents held their first meeting on March 22 and have been meeting regularly since.

An executive, headed by Brenda White-Myers, has been elected to serve for two years.

The association will be officially launched in a ceremony at Argyle Primary School on Saturday at 5 p.m.

The event will hear addresses from Prime Minister and Minister of National Security, Ralph Gonsalves, and Commissioner of Police, Renald Hadaway.

The association is inviting residents of the surrounding areas to attend the official launching ceremony.