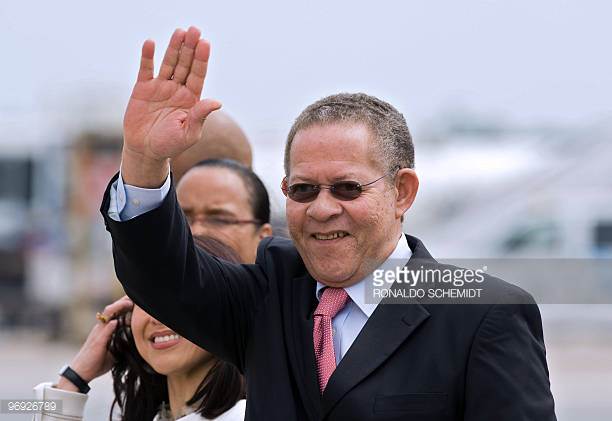 KINGSTON, Jamaica (CMC) — Former Jamaica prime minister Bruce Golding has described as “foolishness” the positions being advocated by two Caribbean Community (CARICOM) leaders as it relates to the ongoing political situation in Venezuela, where opposition parties have been staging street protests in a bid to force the Nicolas Maduro government out of office.

Golding told the Jamaica Gleaner newspaper that he believes Jamaica has adopted the right position in participating in the discussions at the Organisation of American States (OAS) on Venezuela, adding that the region must not provide support to Caracas “because they’ve been good to us”.

“I think that this argument that is being advanced by Dr Ralph Gonsalves (Prime Minister of St Vincent and the Grenadines) and the Prime Minister of Antigua and Barbuda, Gaston Browne, about non-interference, is foolishness. And, I say it’s foolishness because the same argument could have been advanced for apartheid South Africa,” he told the newspaper.

In his latest communication to regional leaders ahead of the start of the OAS meeting on Monday, Gonsalves reiterated an earlier position that the quest for a regime change in Venezuela could destabilise some CARICOM member states.

In his June 16 letter, a copy of which was obtained by the Caribbean Media Corporation (CMC), Gonsalves said “nefarious plans are afoot to sow seeds of division among CARICOM member states so as to undo the majestic Declaration of the CARICOM Heads of State and Government of May 29, 2017.

“We in CARICOM must stand resolutely and unequivocally behind our Declaration. It is inconceivable to me as a matter of good governance for Ambassadors for whatever reason, toe seek an unpicking of our Declaration so as to accommodate those who seek only a fig leaf quasi-juridical endorsement at the OAS for thinly disguised imperial hegemonic or narrow self-serving purposes.”

He reminded the leaders that they alone had the authority “to remind (or) rescind an authoritative decision of the Heads.

“Any usurpation of such authority would render CARICOM a laughing stock and make its Heads’ decisions subject to a wholly unacceptable Ambassadorial reconstruction,” he said.

In so far as Prime Minister Browne is concerned, Antigua and Barbuda would not support regime changes fermented in a clandestine manner by some countries in the Americas.

“They have some countries in the hemisphere who are supporting the opposition because they have a beef with Maduro, they want to see the back of Maduro. In fact, they are supporting regime change clandestinely.

“In the case of Antigua and Barbuda, we call a spade a spade and we know exactly what they are doing. So recently we had this discussion at CARICOM and Ralph and I took a very strong position based on principle and we said to all our colleagues in CARICOM we are not supporting any form of regime change in Venezuela.

“Let them resolve the issues we are calling for dialogue and for common sense to prevail,” Browne told television viewers in his country, adding that the opposition must take some of the blame regarding the situation in Venezuela.

Last month, CARICOM foreign ministers called for non-interference in the internal affairs of Venezuela, where several people have been killed in street demonstrations.

Golding said he supported the position of Prime Minister Andrew Holness, who said recently that the OAS is the “appropriate forum” to discuss the issue.

“I think that CARICOM was ideally placed to be the mediator. But, that possibility does not exist given the sharply conflicting positions that have been taken within CARICOM,’ Golding told the Gleaner newspaper, saying also he supports the position taken by Trinidad and Tobago that the OAS Secretary General Luis Almagro should be removed.

“I think he has compromised himself and he’s in danger now of comprising the OAS.

“He (Almagro) cannot lead or coordinate the OAS’s intervention in the matter. He has acted improperly, where he has taken a very hostile position [towards] Venezuela. I believe the OAS Council of Ministers should call him and say, ‘Look, you can’t carry this ball and, therefore, let’s look at the terms of your contract and see how we can replace you’.

“That is absolutely necessary,” Golding told the newspaper.