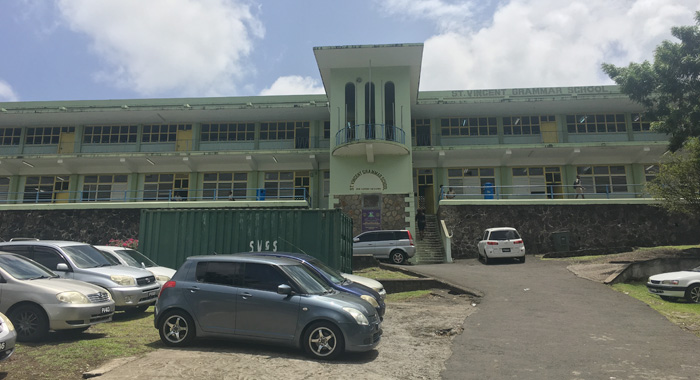 Parents of Form 1 students at the St. Vincent Grammar School have complained to iWitness News about what they say is a disconcerting level of teacher absenteeism.

The school’s principal, Curtis King, has, however, denied that there is any abnormal level of teacher absenteeism at the all-boys secondary school, an option for the top 120 performers in the primary school exit examinations.

In separate interviews last week, three parents told iWitness News that their sons have complained about violence and vandalism at the school as a result of the absence of teachers during class time.

The parents say their sons have complained that on some days, teachers are present for as few as two of the eight sessions.

They said that the issue was raised at a meeting of the Parent Teacher Association held at the Peace Memorial Hall in Kingstown late November and again at another PTA meeting on May 3, when King was on leave.

One parent who said she attended both meetings, told iWitness News that fewer than 10 teachers attended the meeting last year.

The parents said that there was not much revision ahead of the end of year exams that are currently taking place.

They said that in the absence of teachers in the classroom, the students are engaged in numerous fights and are vandalizing the furniture and the school.

One parent said that while she is not condoning the actions of the students, such delinquent behaviour is less likely to be displayed if teachers are present.

Another parent told iWitness News that he considered transferring his son to another school, but decided to wait and see if the situation will improve in Form 2.

iWitness News contacted the school’s principal on Thursday and he said that he was on leave for some time and will have to consult with his management team about the report, which he said was a surprise to him.

King said the school has the “regular challenge” of teachers on sick leave or other types of leave, but told iWitness News he was “kind of shocked” by the parents’ report to iWitness News.

“It would have times when we can’t have a teacher and it could be for several reasons,” King said, adding that he hopes that the report was not coming from “a couple of people trying to make mischief”.

He told iWitness News that he did not have enough information to make an informed comment, but said that if a parent has an issue, they could relay it to the principal, the PTA or the Ministry of Education, rather than going to the media.

The principal said that the PTA has meetings regularly and that his is an open door.

He, however, said there was a particular day in June when a number of teachers were on leave or attending a workshop.

“But that was one day,” King told iWitness News, adding, “I really can’t make an informed answer.”

One reply on “Teacher ‘absenteeism’ at Grammar School worries parents”