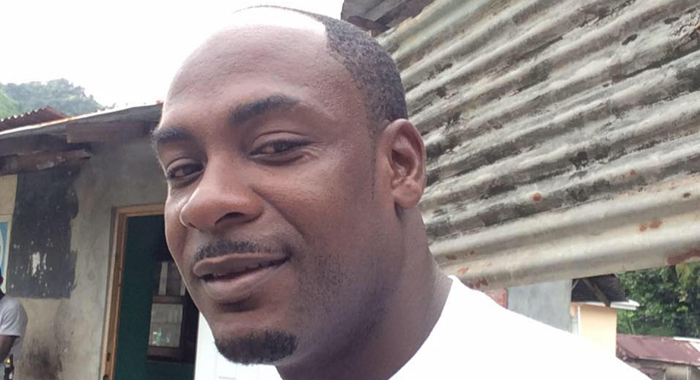 A Twenty Hill man is St. Vincent and the Grenadines’ latest homicide victim, falling to gunshots on Monday, two years after his twin brother survived a gun attack in Vermont.

Dead is 38-year-old Brian Myers, a chauffeur of Twenty Hill, who is the father of 10-year-old twin girls.

Police say that Myers, who is originally from Vermont, was shot between 7 a.m. 7:25 a.m. Monday in Twenty Hill, a small community between Rillan Hill and Penniston in the Vermont Valley.

“Reports are that the deceased was shot and killed on the spot while attempting to go to his vehicle,” police said of Myers’ death, which brings to 14 this year the homicide count in SVG.

Non-police reports say that Myers was shot twice: once to the back of the head and also to the back, reportedly as he was turning on the engine of his vehicle.

Myers was a chauffeur with the state-owned Housing and Land Development Corporation.

He was killed just under two years after his twin brother, Brenton Myers, survived a gun attack in Vermont on Aug. 5, 2015.

He was shot while walking home some hours after someone had threatened to shoot him.

Brenton had received minor injuries when he shot at he was walking home from a relative’s house.

He had told iWitness News then that an unknown assailant had discharged what appeared to be a shotgun at him around 9:10 p.m.

During that incident, Brenton was struck in the head by pellets from the gunshot and was treated in hospital and discharged

Monday’s killing follows the slaying of one man and the injury of another in a daring daylight shooting in Kingstown on June 16.

In that incident, near Mc Coy Street, Rose Place, Kemel Peters, a 17-year-old, unemployed youth of Green Hill and Shamaai Hazell, 25, of Paget Farm received gunshot wounds to their bodies.

They were taken to the Milton Cato Memorial Hospital, where Peters subsequently died.