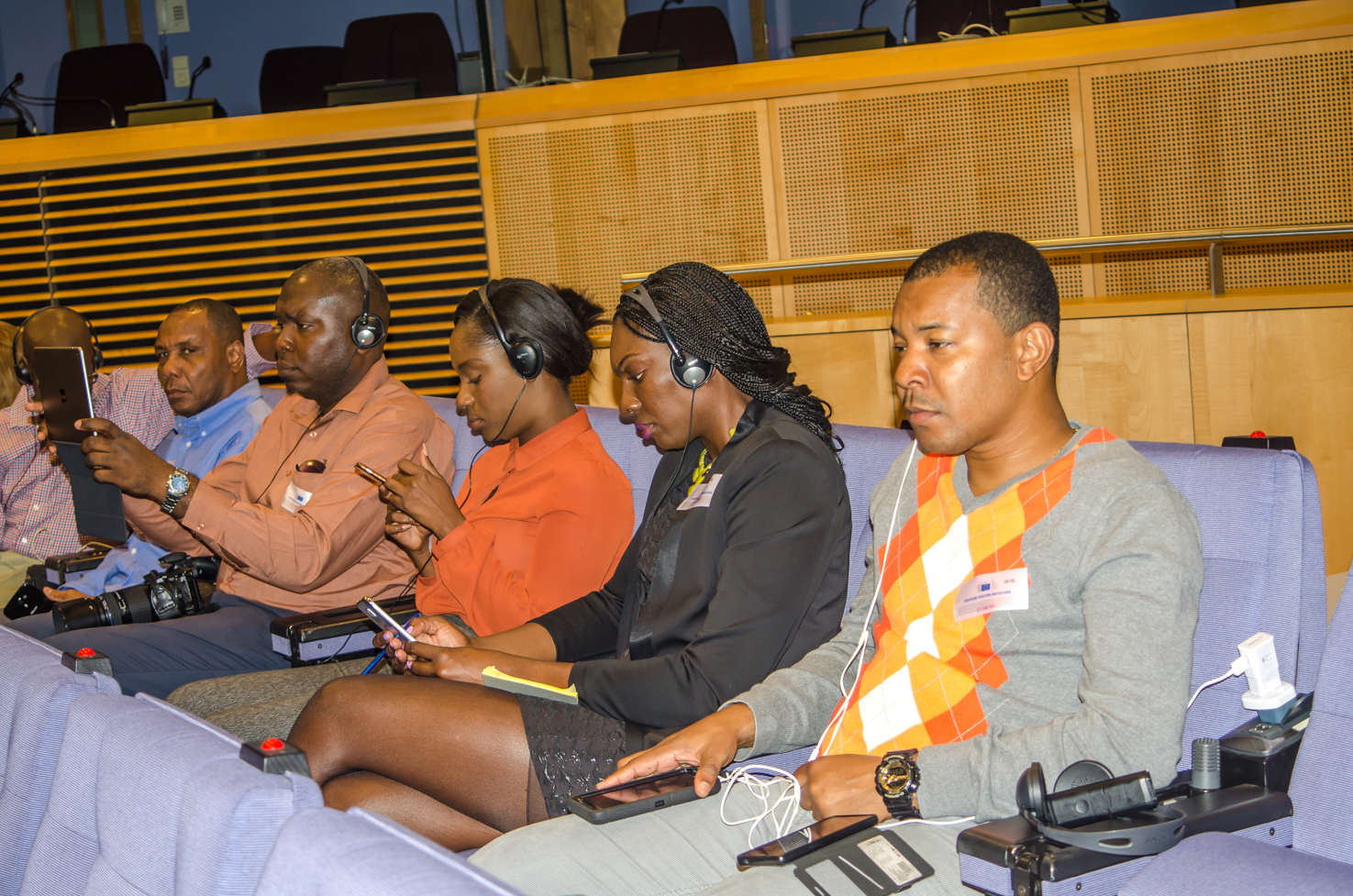 BRUSSELS, Belgium — A delegation of Caribbean media workers are in Brussels this week for a study tour of the European Union headquarters.

The aim of the visit is to help Caribbean journalists become more familiar with the EU, its organs and institutions and their various initiatives around the world, and specifically in the Caribbean.

On Monday, the group attended workshops hosted by the European External Action Service (EEAS). The workshops covered a variety of topics, including the functions and role of EEAS, the role and initiatives of the European Investment Bank (EIB), Europe’s relationship with Latin-America and the Caribbean, and EU-funded development projects in the Caribbean.

On Tuesday, the group will visit the offices of the European Council, and later meet with the International Federation of Journalists in Brussels. Wednesday’s events will include a meeting at the Secretariat of the African Caribbean and Pacific (ACP), as well as courtesy calls to the embassy of the Organisation of Eastern Caribbean States, and the Embassy of Barbados.

The final event of the tour will see the Caribbean journalists on a press visit to the European Parliament on Thursday.

They will then return to the Caribbean on Friday, June 30.