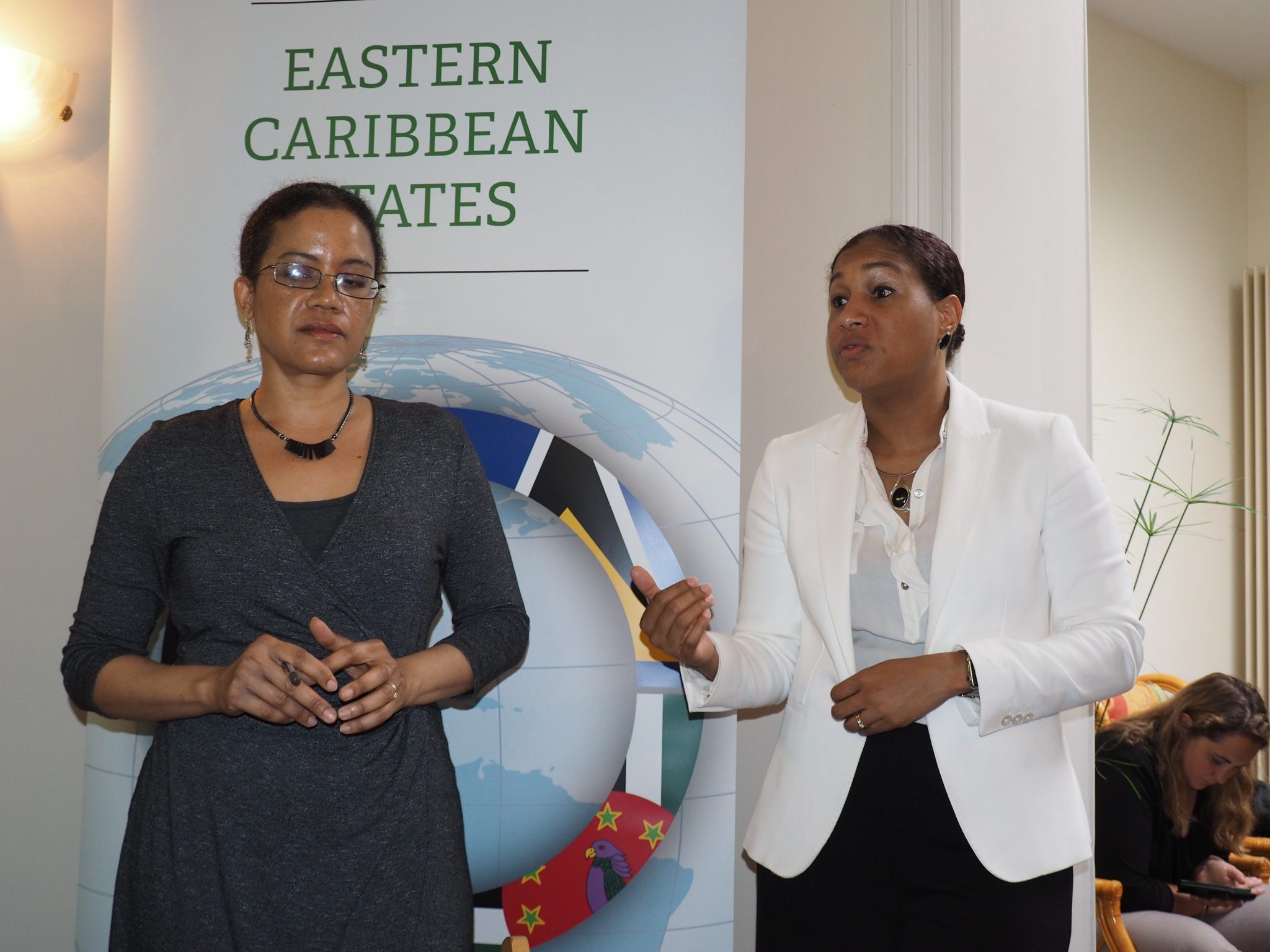 BRUSSELS, Belgium (iWN) — Eastern Caribbean States are beginning to seek out new allies within the European Union (EU) ahead of Brexit — Britain’s planned exit from the 28-member bloc.

She said that eastern Caribbean nations have been colonies of Britain and France, and, therefore, have always had a special relationship with London and Paris.

“Once the UK leaves, that special relationship will be reduced, it will be diminished. We will still have France but we would need more friends”, she said during a media tour of the EU headquarters organised to mark 40 years of EU-Caribbean ties.

Shillingford-McKlmon said there are new members of the EU that are becoming increasingly influential, but they don’t understand fully the historic perspective of eastern Caribbean countries’ relations with European Union nations such as the UK and France.

She said that her mission is trying to get to know these countries better, but added that while efforts are already underway, they are not far advanced.

Addressing the same issue, Julia Sutherland, second secretary at the mission, said that Brexit “is rather complicated right now”.

“…we don’t really know where the cards will fall that have been thrown up in the air,” she said of the process that began when voters in the United Kingdom voted in June 2016 to leave the union.

Sutherland said that the main concern for Eastern Caribbean diplomats in Belgium is that most of the region’s trade enters the EU via the United Kingdom.

“… now, we have to find ways of diverting some of that to the EU or dealing with whatever agreement the UK has with the EU afterward, because that will bring up a lot of issues with transportation, with customs and what not,” Sutherland said.

She added: “We will have to make different links to make sure that the goods that end up in the EU come straight to the EU and don’t go through the UK? I’m not sure how the negotiations post-Brexit will go, but one would assume that the mission will assist with that.”

Sutherland said that strategy is being developed and Shillingford-McKlmon added that something would have to be put in place and it will involve the countries’ missions in London.

She said it would make sense for some person, group or entity be assigned to only follow the Brexit matter.

“Our colleagues in London are busy with consular services. London, the UK, we have so many Caribbean nationals and the missions there have been traditionally heavily focused on consular matters. Now, they are being thrown into a deep trade and political agreement. They don’t even have the staff for that.”

Shillingford-McKlmon said there is already a working group in the Caribbean region that includes the OECS Commission, the CARICOM Secretariat and many experts regionally.

“So, something has to happen, something is happening, and, obviously, the final shape of that is to be seen,” she said.