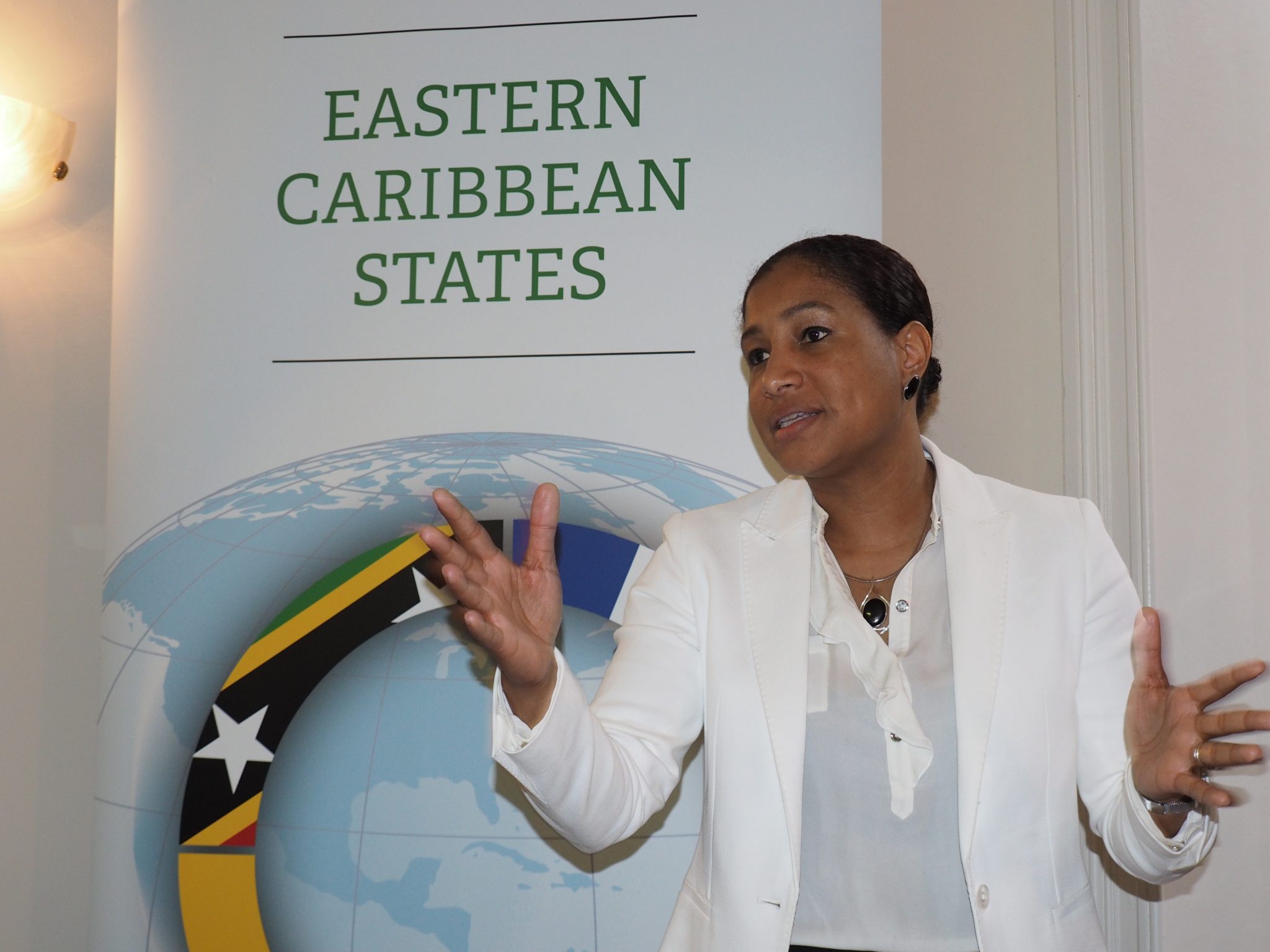 Sharlene Shillingford-McKlmon, chargé d’affaires at the Eastern Caribbean States Embassy to Belgium and Mission to the EU. (Photo: Ovid Burke/iWN)

BRUSSELS, Belgium (iWN) — Caribbean countries are being urged to look within also as they strive to finance their development agenda, a senior regional diplomat has said, adding that improving tax collection systems is one of the ways to mobilise domestic resources.

Sharlene Shillingford-McKlmon, chargé d’affaires at the Eastern Caribbean States Embassy to Belgium and Mission to the European Union, said that Addis Ababa Action Agenda (AAAA), has changed the way in which financing will be handled in the future.

Shillingford-McKlmon told regional media workers last week that the Addis Ababa Action Agenda will influence what happens in the next few years as far as developmental assistance is concerned.

She added that this, as well as the Sustainable Development Goals (SDGs) “presented, spoke to and advocates for changes to financing for development”.

The diplomat said that with the Addis Ababa Action Agenda, a key change that affects the Caribbean is the mobilisation of domestic resources.

“Basically, globally, even developed countries are saying you are still on the journey to development but you need to generate some of those resources locally, within your own countries.”

Another key area is the question of greater involvement of the private sector in international development cooperation.

“The world, again, our partners, developed countries and influential institutions, have been saying to us that there is a still a great deal of development that needs to happen at the levels within our countries and that cannot happen only with official development assistance; it can’t only happen with donor funding. We need partners to help us on this journey, and we need the private sector as a recognised and fixed partner in this journey of international development,” Shillingford-McKlmon said.

Shillingford-McKlmon noted that some of the countries of the region have been labelled as non-cooperative tax jurisdictions and her mission is working to get out of it.

She said part of the challenge for her mission is that these countries have been blacklisted by individual European nations.

“Sometimes, you can be on 11 countries’ lists and the countries have different criteria for when you get on the list…”

Shillingford-McKlmon said that the EU has sought to create a single EU list, with “objective indicators”, which group five lists.

She said that there is work being done at the Organisation for Economic Co-operation and Development (OECD) level but there was the situation of the EU countries individually creating their own list, and the EU developing its own list even as the individual countries have not yet dispensed with theirs.

“While Greece has removed St. Kitts and a few other countries from its list, we are being told all OECS countries are on the EU list and they will ask for political dialogue with our countries,” Shillingford-McKlmon said.