Gov’t reasons for buying back bank shares still not clear 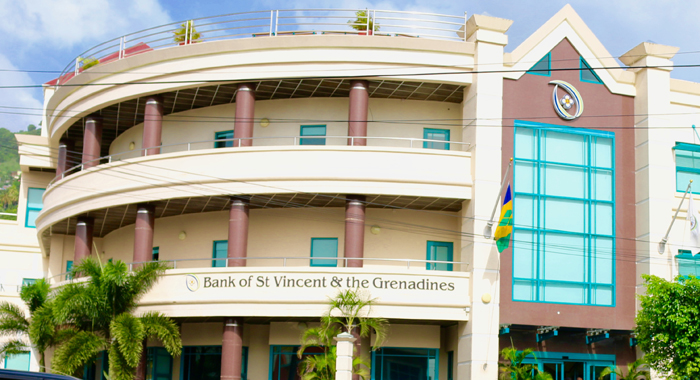 Opposition Leader Godwin Friday says that after meeting with a team from the government last week, he is still not clear as to why the government is buying back 31 per cent of the shares in the former National Commercial Bank (NCB).

The then wholly state-owned NCB became Bank of St. Vincent and the Grenadines (SVG) in 2010 after the government sold 51 per cent of the shares to Eastern Caribbean Financial Holdings (ECFH), who are also owners of the Bank of St. Lucia.

The 51 per cent stake was sold for EC$42 million, shortly after the Ralph Gonsalves administration had borrowed EC$100 million to shore up the NCB.

Gonsalves, who is also Minister of Finance, had hailed the transaction a “masterstroke”.

But Gonsalves announced on Monday that his government will repurchase 31 per cent of the shares, to once again become the main shareholder — and will divest these shares again in the medium term.

Gonsalves said the 31 per cent of the shares would cost EC$32 million, but did not say how it would be financed.

Friday told a press conference in Kingstown on Wednesday that on June 29, one day before the government signed the agreement to buy back the shares, he, along with former opposition leader Arnhim Eustace, and Roland “Patel” Matthews, a vice president of the New Democratic Party, met with consultant, Andre Iton, Director General of Finance and Planning and Maurice Edwards, Budget Director, met at Democrat House.

Edwards had requested the meeting to inform the opposition members about the repurchase of the shares by the SVG government, Friday said.

“The meeting confirmed rumours about the transaction that had recently surfaced,” Friday said, adding that at the meeting, the NDP wanted to know when the repurchase would be done, why it was being done, how much shareholding the government would have in total, the role of the central bank in the transaction, the cost of the shares to be repurchased and how the government intended to pay for the shares.

“The answers given shed more light on the deal but did not satisfy all of our concerns,” he said, adding that Gonsalves’ statement on radio on Monday was similar in content and effect

“It is in our people’s interest to have a stable and thriving national banking sector. This means having stable and thriving banks. We were told several years ago that the sale of 51 per cent stake in the Bank to ECFH would strengthen the national bank. Today we are told that repurchasing the shares would also achieve that objective. We naturally hope that this will materialize in the quickest time to the benefit the shareholders, depositors and other users of the services of the bank. As for the government, we wish to know how it intends to finance the repurchase of the shares,” Friday said.

Responding to questions from the media, Friday noted that at one point the government is saying that amalgamation would strengthen the bank and another time is saying that going it on their own will.

He said something has been said about the requirements of an investor inSt. Lucia and that the government of St. Vincent felt it was in the nation’s interest to repurchase the shares because it seems that the marriage of the two banks is not going forward.

“But it is still not clear to all as to the push and the pull — who is initiating this transaction…” Friday said.

Speaking at the same press conference, Eustace said that he understands that the Allen Chastanet government, which came to office in Castries, after the NCB was sold, want to develop their bank on their own.

“They feel that the banking institution in their country needed, at this time, their own proposals to develop. They weren’t enamoured with the amalgamation. They want their system to go ahead on their own,” Eustace said.