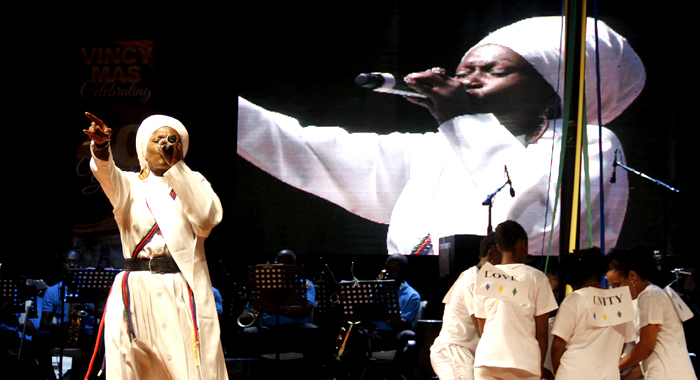 Lornette “Fya Empress” Nedd is once again Calypso Monarch in St. Vincent and the Grenadines.

The bard, known for her versatility across the genres and crisp diction, stopped Zamfir “Man Zangie” Adams in his tracks as he attempted to make it four-in-a-row.

He had to settle for second place after the tabulations at Dimanche Gras at Victoria Park Sunday night.

Debutant Joanna Christopher placed third, while Glenroy “Sulle” Ceasar, a veteran, was fourth among the 11 finalists.

(Our full review of the show will be published later.)

3 replies on “The Empress reigns again”