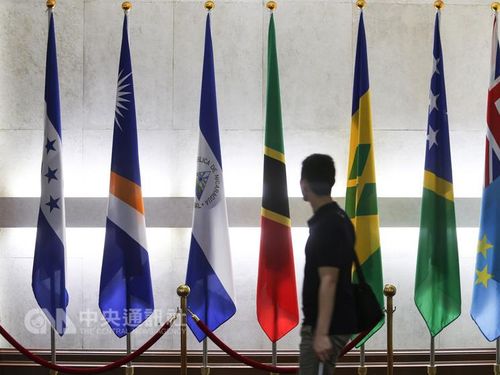 By Christie Chen and Scarlett Cha

TAIPEI, Taiwan — (CNA) Taiwan on Wednesday announced visa-free entry for nationals of its 11 diplomatic allies in Latin America and the Caribbean, with immediate effect.

Earlier in the day, President Tsai Ing-wen and Taiwan’s Ministry of Foreign Affairs (MOFA) announced that Taiwanese and Paraguayan nationals will enjoy reciprocal visa-free entry for visits of up to 90 days from Wednesday.

The announcement, which came during Paraguayan President Horacio Cartes’s state visit to Taiwan, was meant to highlight the 60th anniversary of the establishment of diplomatic relations between the Republic of China (Taiwan) and the Republic of Paraguay and to commemorate the two countries’ friendship, according to the ministry.

Later that day, MOFA announced that the rest of Taiwan’s allies in Latin America and the Caribbean will also be granted visa-free entry, to “demonstrate the closeness” between the ROC and its allies in the region, and “the principles of mutual benefit and reciprocity.”

Nationals of Belize, the Dominican Republic, Guatemala, Saint Kitts and Nevis, Saint Lucia, and Saint Vincent and the Grenadines will be given visa-exempt stays of up to 30 days, MOFA said.

Meanwhile, nationals of El Salvador, Haiti, Honduras, and Nicaragua will be granted visa-free stays of up to 90 days.

It is hoped that the change “will lead to an increase in tourism, business, trade and cultural exchanges at multiple levels,” according to MOFA.

The Paraguayan president, who arrived a day earlier, is on a three-day state visit to Taiwan. Cartes’ visit comes after Panama cut formal ties with Taiwan and established diplomatic relations with China on June 13, leaving Taipei with only 20 diplomatic allies.