Taiwan shores up ties with its Caribbean allies 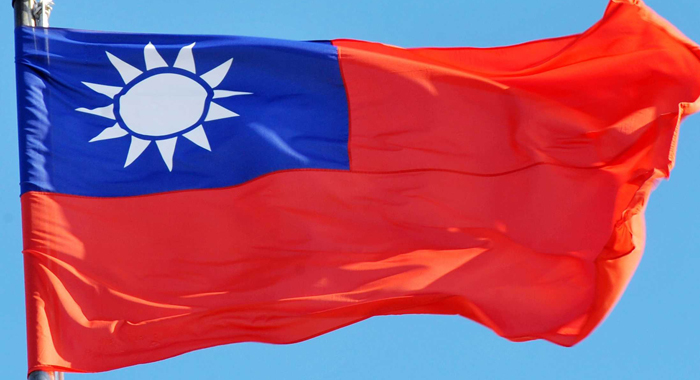 TAIPEI, Taiwan (CMC) — This Asian nation, an ally of five of the Caribbean Community’s (CARICOM) 15 member states, announced this week that it is granting visa-free entry to its allies in Latin America and the Caribbean to “demonstrate the closeness” between Taipei and its allies in the region, and “the principles of mutual benefit and reciprocity”.

The announcement came as Paraguayan President, Horacio Cartes, was on a state visit to Taiwan that was meant to highlight the 60th anniversary of the establishment of diplomatic relations between Taipei and Asunción.

Taiwan, an Asian island of 23 million people, is locked in an almost century-old battle for self determination and de jure independence amidst claims by China that it is a renegade province against which force can be used, if necessary, to ensure reunification.

In mid June, shock waves ripped through the diplomatic community as Panama ended its almost 100-year formal relationship with the Republic of China — Taiwan’s official name — as an independent capital and pledged loyalty to Beijing.

With the development, Taiwan is moving to shore up ties with its formal allies, six of which are in the Caribbean, namely Belize, the Dominican Republic, Haiti, St. Kitts and Nevis, St. Lucia and St. Vincent and the Grenadines.

The “suspension” of diplomatic relations between Panama City and Taipei certainly would cause some impact on Taiwan’s diplomatic situation, a senior official of the Department of International Information Services, within Taiwan’s Ministry of Foreign Affairs (MOFA), told a group of international journalists who toured the Asian nation in June at MOFA’s invitation and cost.

“But again, we expand our diplomatic ties with our allies, our countries that have diplomatic relations with us, through all kinds of cooperation and also trade and economic relations,” the official, who asked not to be named so as to allow him to speak freely about the sensitive issue, said in response to reporters’ questions.

The official said that in addition to economic cooperation, Taiwan will continue to focus on and expand cultural and educational initiatives with its allies.

“It will cause some impact but we will try our best to keep our allies in order to maintain our diplomatic relations with these countries that have very close friendship with the people and government of Taiwan,” the official further stated.

Taiwan says that it genuinely cares about the development of its allies, having itself moved from an agrarian society to a developed and technologically advanced nation in just 50 years.

“So these are deep rooted ways and means, from our side, in order to help the local people and I think our allies appreciate our efforts from the bottom of their hearts. The people to people contact is still the most important,” the official said.

But Taiwan, in its longstanding quest to carve out a space for itself in the international community, is up against a formidable challenge.

China is the world’s second largest economy and most of Taiwan’s 20 allies are small and developing countries that need the type of financial assistance that China might be able to provide, if these nations are prepared to turn their backs on Taipei.

But Grace Chung of Taiwan Institute of Economic Research, the first independent academic research institute in Taiwan says that small, resource-poor countries such as those in the Caribbean should not mistake China’s offer of money for an interest in their development.

“China often just makes an agreement then leaves you there,” she said, adding that Taiwan is interested in the long-term development of its allies, and often focuses on areas such as education, technical assistance, and healthcare.

“Governments have to decide whether they want short-term money for the government rather than the long-term development of their countries. Assistance should not be about making a show about diplomatic relations,” she said, alluding to the charge that China often offers a country a lot up front to get them to switch ties from Taiwan, then ignore the development of those countries,” Chung said.

Chung’s view mirrors that expressed by Prime Minister of St. Vincent and the Grenadines Ralph Gonsalves last August as he reiterated his government’s commitment to maintaining the 35-year-old Kingstown-Taipei ties.

Gonsalves’ reaffirmation came as the opposition New Democratic Party announced that if elected to office, it would switch recognition to Beijing — severing one of its last remaining common policies it held with Gonsalves’ Unity Labour Party administration.

“The People’s Republic of China has never, in the Caribbean, made up for the pre-existing tangible benefits from Taiwan for any country in our region that has made the break,” Gonsalves said in response, in a paper outlining why maintaining ties with Taiwan was in the interest of St. Vincent and the Grenadines.

“Political parties in the Caribbean must be careful not to make their country’s foreign policies prisoners of adventurers or seekers-of-profit,” Gonsalves said.

With the visa waiver policy announced by Taiwan this week, nationals of Belize, the Dominican Republic, Guatemala, St. Kitts and Nevis, St. Lucia, and St. Vincent and the Grenadines will be given visa-exempt stays of up to 30 days.

Nationals of El Salvador, Haiti, Honduras, and Nicaragua will be granted visa-free stays of up to 90 days.

Taiwan’s MOFA said it is hoped that the change “will lead to an increase in tourism, business, trade and cultural exchanges at multiple levels”.

One reply on “Taiwan shores up ties with its Caribbean allies”