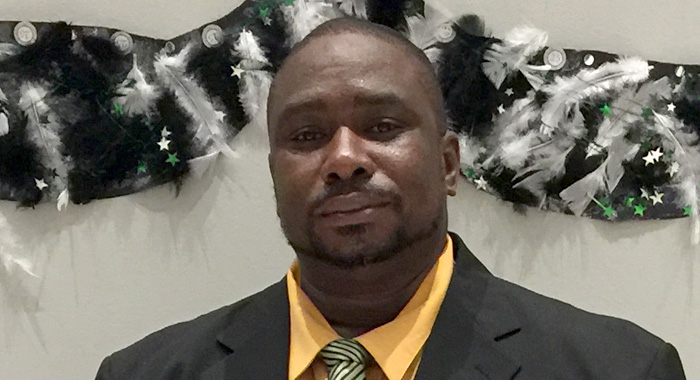 The Chairman of the Police Welfare Association formally expresses his strong and unwavering support to the Police Welfare Association of the Royal St. Vincent and the Grenadines Police Force. We are extremely disheartened to learn of the unfortunate developments that have taken place in the Policing fraternity at a time when law enforcement agencies within the region are facing some severe challenges.

When I learned of the sudden and strategic transfer of three strong and vocal pioneers of welfare in the persons of Sergeant Brenton Smith, Constables Kenroy Martin and Jermaine Roberts it was very clear to me that the welfare of officers not only in St. Vincent and the Grenadines but the region are under attack. Sergeant Smith, as the President of the Caribbean Federation of Police Welfare Association (CFPWA) and chair of the local association I am confident that you are quite familiar with your role as it relates to strong and effective representation.

It is quite clear that there are negatively charged elements that exist, who seek to stifle and retard the progressive ambitions of the PWA. The move of this abrupt and strategic transfer these vocal officers may seem like an authoritative stand and a feather in the cap, but in the modern world of policing it is seen as weakness and vindictive. The PWA is legislated and should be given the respect and support it deserves and the management structure would be incomplete without a vibrant, fully functioning and well-consulted PWA. Severing the head, Sargeant Smith, of the PWA from the body shows a clear and distinct effort to undermine strong and effective representation, and an ambush to deflate the wheels of motion that are turning to effect change for the betterment of officers. Nevertheless, I am comforted by the fact that you and your men whom I have had the pleasure of positive interaction are men sound character and integrity and I am humbled to know that this blistering attack on the welfare has only given “David the courage to stand against Goliath”. The late Robert F Kennedy once stated, “Each time a man stands up for an ideal, or acts to improve the lot of others, or strikes out against injustice, he sends forth a tiny ripple of hope…”

Sergeant Smith, I salute you. The ripple of hope has been felt for better working hours for your officers,

I salute you. The ripple of hope has been felt for better working conditions

I salute you. The ripple of hope has been felt for proper overtime policy and payment for officers who work these extortionate and brutal hours without reward.

I salute you. The ripple of hope has been felt because someone’s integrity is swaying like a pendulum.

I urge you to be strong and be not weary in well doing. I can recall your parting words to me at the Terrance B Lettsome Airport on May 27th, 2017: “DON’T GIVE UP, MY BROTHER!!! You have my fullest support and the support of the PWA of the Royal Virgin Islands Police Force. DON’T GIVE UP, MY BROTHER; the hotter the battle, the sweeter the victory.