Rillan Hill man charged with possession of 105lbs of weed 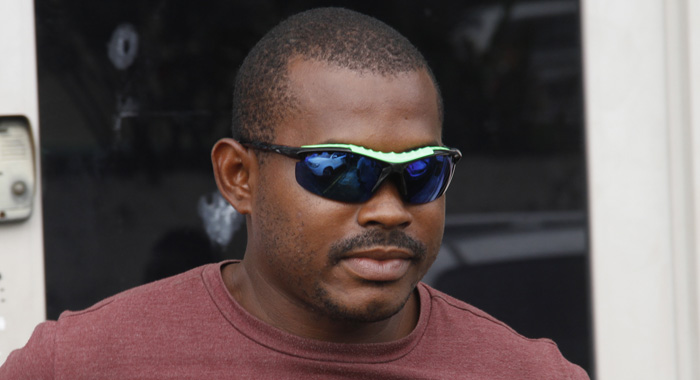 Osordo Bennett at his arraignment in July 2017.(iWN photo)

A Rillan Hill man has been granted EC$60,000 bail in connection with his alleged possession of 105 pounds of marijuana at the Ottley Hall Marina last Friday.

On Monday, Asordo Bennett, 31, appeared before Magistrate Bertie Pompey at the Kingstown Magistrate’s Court charged that on July 20, 2017 at Ottley Hall Marina he had in his possession a controlled drug, to wit 47,670 grammes (105 pounds) of cannabis with intent to supply to another, contrary to Section 7(3) of the Prevention of Misuse Act.

He was further charged that on July 20, 2017 at Ottley Hall Marina he had in his possession 47,670 grammes of cannabis for the purpose of drug trafficking, contrary to Section 16(1) of the Drug Prevention of Misuse Act.

In presenting the case for bail, defence counsel Grant Connell told the court that the drug has a street value of EC$50,000.

Connell said that his client is an entrepreneur who owns a business.

Prosecutor Station Sergeant of Police Elgin Richards did not object to bail. He told the court that the drug has a street value of EC$52,500 and asked that bail be set at least at that amount.

He further asked for reporting conditions and that the court order the accused man to surrender his travel documents.

Pompey set bail at EC$60,000 and ordered Bennett to surrender his travel documents and to seek the permission of the court to leave the jurisdiction. He was further ordered to report to the Questelles Police Station Mondays and Fridays between 6 a.m. and 6 p.m.

The matter was adjourned and transferred to the Serious Offences Court in Kingstown for hearing on Sept. 25.