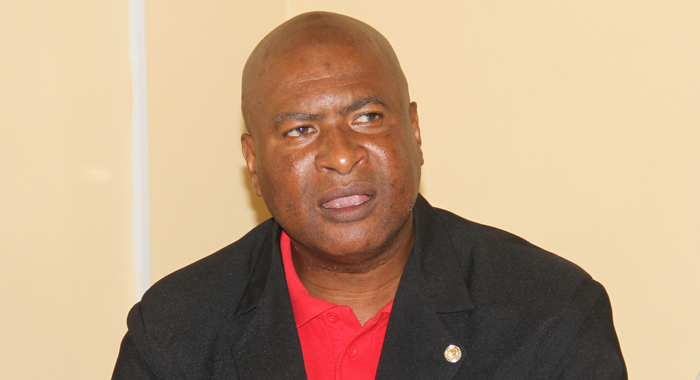 The former executive members of the St. Vincent and the Grenadines Teachers’ Union who “sabotaged” the union’s one day strike in October 2015 by turning out to class have been rewarded elsewhere even as they “paid the penalty” within the union.

Those who sabotaged, they paid the penalty. If you notice, none of them are in the helm of the leadership,” union president Oswald Robinson, who was re-elected after the industrial action, told the media this week.

With elections on the horizon, the union had called the strike in an attempt to force the Ralph Gonsalves government to pay one month’s salary tax-free in lieu of salary increases since 2011.

Only 40 per cent of teachers stayed away from the classroom, but very little work was done in schools on the day of the strike.

Four executive members of the union were among the 60 per cent of educators who turned out to classes on the day of the strike.

“There are people sometimes who are rewarded because of their loyalty to political parties,” Robinson told the media at a press conference on Tuesday.

Paulette Williams, the union’s general secretary, said at the same press conference that Robinson had noted that the four former executive members are no longer in the leadership of the union.

Robinson commented, “That’s what we said. They were rewarded.”

Williams said that the members of the union decided that they needed to give the former executive members “a holiday”.

“But when you speak of ‘reward’, …  reward has different meanings in context. So they have been rewarded, twice, perhaps.”

Williams, responding to a question, said she would not say that the former executive members used their positions in the union to advance themselves.

“Go back to the question I was asking earlier. What were they fighting for?”

Robinson said the union convention also carried a motion to remove the former executive members from representing the union on the National Labour Congress.

“They are more or less debarred. They don’t have the authority; they do not have the mandate of the union to offer representation because it was a betrayal. You can’t be part of a collective movement and withdraw yourself for some reason or the other.”

Asked if there was an orchestrated move to have these people removed from the leadership of the union, Robinson said:

“They were part of the architect of their demise. They set it up themselves.”

He said there was no campaign, adding, “The membership would respond. This is a democratic organisation. If you mess up, the people would come to a meeting, as they [did] with a president some time ago, they moved a no-confidence motion.

Robinson said that the union cannot affiliate itself with any political party.

“We have our friends here and there — individuals. You can’t influence this leadership. We call a spade a spade. We tell you how it is; we will work with you still. There are areas we will work closely with the Ministry of Education and the Government, which are in the interest of our members and the nation, but the issues we are articulating here today are issues that clearly show that the struggle continues.”

Williams said that a lot of the issues of socio-economic justice that the union fought for in the 1970s are back on the table.

These issues also include working conditions, freedom of expression, and salary.

“And we want to say to our members out there, when you fight and you get these, it’s not the government [that] gave you. It’s the union fought for it. You don’t get things on a platter.”