Union pleas for gov’t to provide resources for schools 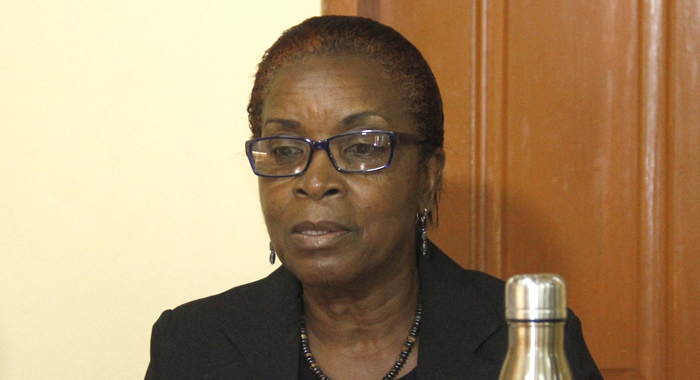 A senior official of the St. Vincent and the Grenadines Teachers’ Union is pleading with the Unity Labour Party administration to provide resources for schools.

“I think that so many of our schools are under-resourced. We are asking teachers to do so much with so little,” Paulette Williams, general secretary of the St. Vincent and the Grenadines Teachers’ Union told a press conference on Tuesday.

Williams said there have been announcements about the education budget relative to the national fiscal package.

“But I think there is a need to manage how resources are deployed.”

She said the local cohort for the Canadian Teachers Federation for the annual workshop is based at one of the top secondary schools in the country.

“And the conditions are appalling,” Williams said, adding that while doing the information technology component, she realised that so much is lacking.

“And I am saying that if we are to produce the kind of quality students that we want to see at the end of the process, teachers have to have the resources and the resources have to be better managed and better deployed than they are currently.”

She said the book loan scheme is a “perennial problem”.

“Something has to be done about that. I can speak from where I am and there seems to be a disconnect between what the state is willing to pay for and what the teachers require the students to have. And that just, perhaps need to be revamped.”

“And there just seems to be a level of unfairness where so many times the people who are not performing at the top of their game seem to be the ones who get a free pass because they feel that they are connected and I want to say that this has to stop. A teacher cannot feel that I can be constantly late, I can underperform, I can not go to class, I can sit in the staff room and do what I want to do, I don’t have to teach and I don’t have to deliver because I am protected. That has to stop.”

Williams said she is not saying that the majority of teachers do this.

“But if it is one or two, that’s still too many. And that has to stop where people feel we are entitled because of our connections.”