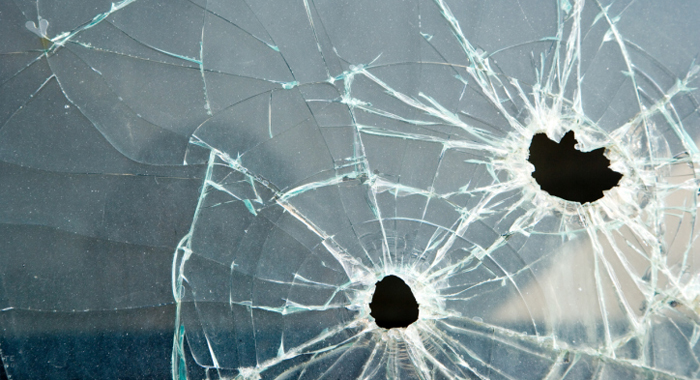 A woman is appealing to the police to protect her family after two of her brothers were shot months apart this year in what she said might be reprisal over the 2013 death of a man in Byera after a fight in which one of her brothers was injured.

The appeal by Inesha Mack, 31, of Chester Cottage came on Saturday, hours after her brother, Zeno Mack, 29, was shot in the chest sometime before 5 a.m. as he was leaving their home.

Zeno was shot while calling his uncle so that they could leave early to go to work in Richland Park.

Inesha further told iWitness News that her 14-year-old nephew, Paulson Mack, who had not known about the shooting Saturday morning, went outside to urinate sometime after and was shot at, but escaped unhurt.

Saturday’s shooting comes four months after another of Inesha’s brothers, Istah Mack, 34, was shot while on his way home in Chester Cottage.

An unknown assailant shot Istah on the left side of his chest and lower back around 10 p.m. on April 6.

He survived his injuries after being treated at the Milton Cato Memorial Hospital.

Inesha told iWitness News that she believes that the “Soowoo Crew”, a group that operates in the area, is targeting her family.

Inesha said that for the past few months she has been filing reports with the police about the frequent gunshots being discharged at and near their home and even went to see the deputy police chief who said he would order police in Georgetown to look into the situation.

The woman told iWitness News that she believes her brothers are being targeted because of the May 23, 2015 murder in Byera of Ronique Phillips, a 20-year-old bartender of Chester Cottage.

Phillips sustained stab wounds to his chest and back during an altercation around 4:15 a.m. that day at a bar in Byera that hosted a karaoke event, police said in a statement after the incident.

Phillips was pronounced dead at 5 a.m. at the Georgetown Hospital.

Four other persons were taken to the Georgetown Hospital for medical attention, suffering with stab wounds, stemming from the incident.

A group of persons were taken into custody but no one was charged in connection with the man’s death.

Inesha told iWitness News that one of her nephews was among the persons injured during that altercation.

Inesha’s nephew was chopped during the incident and another person, Jerome Daniel, received more than 50 stab wounds to his face, back and chest.

The woman told iWitness News that there was an inquest into Phillips’ death and shortly after its conclusion, the shootings began.

“I am very concerned. It is overbearing. I think my family needs some sort of protection,” Inesha told iWitness News.