Mother of 8 dies after being stabbed 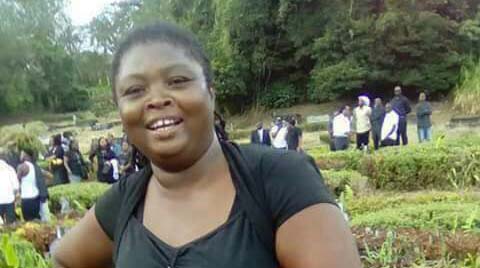 A mother of eight died in hospital on Thursday just under two days after she and her 1-year-old daughter were stabbed at her home in what police say has been presented as a domestic dispute.

Police say that the dead woman is Vesta Rawlins, said to be around 40, of Richland Park.

One of Rawlins’ neighbours told iWitness News on Thursday that she became aware of the attack after hearing a commotion at Rawlins’ house around 7 p.m. Tuesday.

The witness said that her uncle, who was among the first to respond to the commotion, told them that Rawlins had told him that a man, whom Rawlins identified, had stabbed her and that she was going to die on her patio.

The source told iWitness News that when she saw the injured woman, she was in her patio with stabs to her neck, chest and tummy.

Villagers transported the injured woman and her baby to the Evesham Health Centre, from where she was sent to the Milton Cato Memorial Hospital in Kingstown, where she died.

Rawlins, who was employed with the Home Help for the Elderly programme, is said to have undergone surgery and was being cared for in the Intensive Care Unit, but succumbed to her injuries.

The baby is expected to make a full recovery, with police saying the infant had small cuts to the hands.

Rawlin’s neighbour told iWitness News that Rawlins was once involved in an intimate, but violent, relationship with the man that she identified as her attacker.

The man is in police custody as a suspect.

Rawlins’ death brings the homicide count in St. Vincent and the Grenadines this year to 20.

5 replies on “Mother of 8 dies after being stabbed”