Donald Trump in focus during lecture in St. Vincent 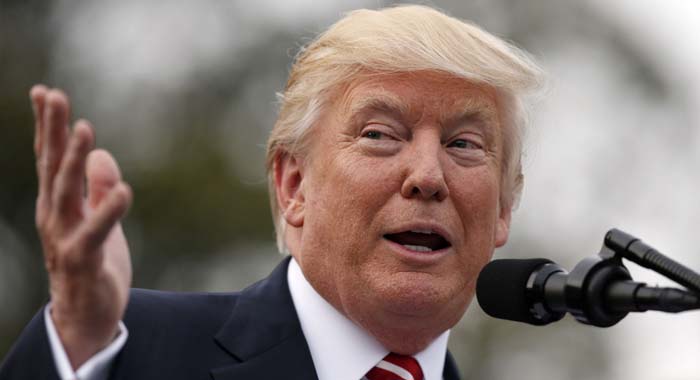 The lecture will examine the rise to power of politicians such as Donald Trump. (AP Photo/Alex Brandon, File)

Head of the Department of Government, Sociology and Social Work at the Cave Hill Campus of the University of the West Indies, Tennyson Joseph will today, Thursday deliver a lecture in Kingstown on the topic, ‘“Any Cook Can Govern: Plato, Donald Trump, and the rise of Caribbean Businessmen Politicians”.

The lecture is the second in a series organised by the University of the West Indies Open Campus, and LegalEase SVG Incorporated in the series, Issues in International Affairs.

The lecture takes place at 7 p.m. at Frenches House in Kingstown.

Tennyson Joseph is a St. Lucian, who currently resides in Barbados.

Since 2003, he has been a lecturer in political science at the Cave Hill Campus of the University of the West Indies, and he serves as Senior Lecturer and Head of the Department of Government, Sociology, Social Work.

Joseph’s master’s degree focused on the political thought of CLR James — a Trinidadian historian, journalist and socialist — and his doctorate on the politics of decolonisation under globalisation in St. Lucia.

His current research efforts are linked to his public engagements and revolve around resisting the reversal of the independence project, and defending social democracy in the current moment of neo-liberal reversal.

The topic upon which he has been invited to speak by the Open Campus forms part of his ongoing research effort at showing how neo-liberal ideas are resulting in the unmaking of the post-colonial order and reshaping Caribbean politics and governance.

The lecture is open to the public.

5 replies on “Donald Trump in focus during lecture in St. Vincent”