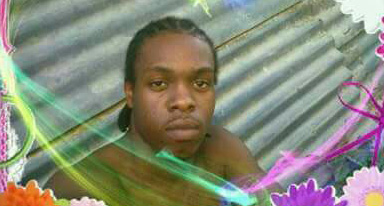 Kesron Quashie was shot and killed in Redemption Sharpes on Aug. 14, 2017.

The latest shootings in Redemption Sharpes, which have claimed one life and left two injured, mark the beginning of a new era of violence in the community, a law enforcement source has told iWitness News.

Dead is Kesron Quashie, a 22-year-old labourer of the Central Kingstown community, who was shot and killed Monday night.

Police say that reports are that Quashie was outside his home playing dominoes when four masked men approached him and opened fire at him.

He sustained gunshot wounds to his lower abdomen and was taken to the Milton Cato Memorial Hospital, where he succumbed to his injuries.

Quashie’s death brings the homicide count in St. Vincent and the Grenadines this year to 21.

His death comes two days after another shooting incident in the Central Kingstown community that left two men injured.

Police say that it has been reported that Kareem Charles, a 26-year-old, labourer of Redemption Sharpes was walking along the public road Saturday night when he sustained gunshot wounds to the left side of his face, hip and elbow by an unknown masked man.

Meanwhile, Junior Bibby, a 22-year-old, labourer of the same address was in the same vicinity when he heard the shots.

As a result, he ran and sustained a broken left leg.

Both men are patients at the Milton Cato Memorial Hospital.

One source told iWitness News that Saturday’s shooting was as a result of a “gang war”.

Meanwhile, a law enforcement source told iWitness News that national security officials and law enforcement agencies may have to once again pay much attention to the community, located about three miles outside of Kingstown, which was a hotbed for violence about a decade and a half ago.

The source said that many of the actors in the violence have served their prison sentences and have been released and may be attempting to settle scores.

The source expressed fear that innocent persons might be injured or killed as persons seeking revenge might not see as “innocent” all relatives of persons who might have wronged them.   Quashie and Bibby — who was injured on Saturday — are cousins.