Election will not solve ‘crisis’ in Barbados — UWI lecturer 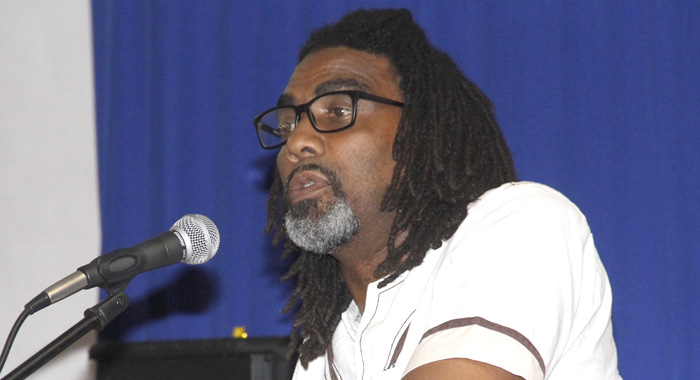 A Caribbean academic says that Barbados’ current economic challenges are “a classic example of the exhaustion of the post-colonial social contract”.

Tennyson Joseph, head of the Department of Government, Sociology and Social Work at the UWI Cave Hill Campus in Barbados, told a lecture in Kingstown on Thursday that the model of former Barbados prime minister, Errol Barrow “has collapsed”.

“You see the same Barbados we were describing in all its brilliance? They can’t even tell you what they’re doing this month here,” he said in response to a question during the open forum of the lecture on the topic “‘Any Cook Can Govern?’: Plato, Donald Trump, and the rise of Caribbean Businessmen Politicians”.

Joseph said that Organisation of Eastern Caribbean States nationals know that what made Barbados what it was is free education.

He spoke of the violence that broke out during the nation’s carnival, Crop Over, in which one man was killed and 18 persons, including a child, were injured on Aug. 8.

“Barbados that was supposed to be the model of civility, the Caribbean model of civility and decency. They have a word they use – ‘a man is a reprobate’. That’s a Barbadian word. ‘A vagabond.’ Fellows were shooting at their enemies, injuring women and children.

In his lecture, Joseph, who lost in a bid to be elected to office in his home country, St. Lucia, in 2006, spoke against the rise of the businessman-politician in the region.

“My message to the Vincentian and Caribbean progressive forces, is that we should see the moment, not as one of defeat, but as the opening of a new window for the re-emergence of the left, as the business politicians demonstrate concretely that they cannot resolve a crisis which was caused by the very class to which they belong.  It is now time for the left to re-emerge,” Joseph said.