Zion atop mountain of youth 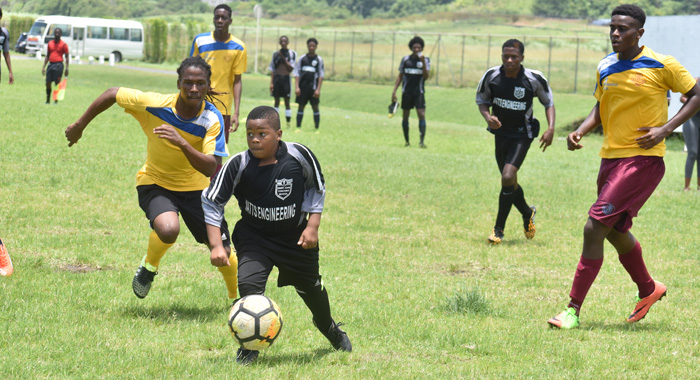 The fourth edition of the Caribbean Children’s Charity Shield Soccer Classic (CCCSSC) continued on Thursday with a number of matches in the U13, U15 and U17 divisions.

Trinidad’s Gairy John, behind a beaver trick from Dwight Yorke, beat Cosmos of Barbados 4-0 in a U17 match at the Arnos Vale 2.

Yorke, who said he has never seen his more illustrious namesake, had strikes in the 10th, 11th, 44th and 52nd minutes.

His fourth goal was a brilliant free-kick that went over the makeshift wall and eluded the outstretched arm of the diving keeper.

In the 87th minute, the competition went into the historical realm when 9-year-old Zion Phillips was brought into the game to become the youngest player to have played in that division. And despite attempts at intimidation by his older opponents, the little rotund Phillips held his own in the time he was on the field.

Teams from Trinidad and Tobago, Barbados and SVG are taking part in the tournament.