Amidst staff shortage, 5 prisoners charged for crimes against fellow inmates 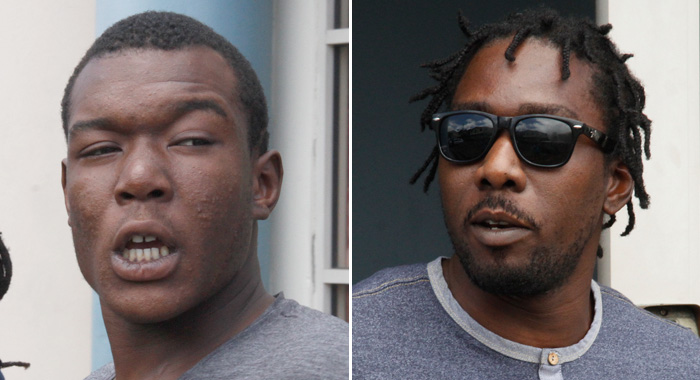 Amidst an ongoing staff shortage at Her Majesty’s Prisons in Kingstown, five inmates were brought before the court this past week and charged in connection with serious crimes against follower prisoners.

On Friday, Akeenie Hackshaw of Rose Hall and Travis Williams of Stubbs were brought before Magistrate Bertie Pompey and charged with wounding fellow prisoner Michael Antony of Diamond.

The crime allegedly occurred at Her Majesty’s Prisons on June 26, 2017.

The men pleaded not guilty when they appeared at the Kingstown Magistrate’s Court.

Prosecutor Elgin Burgin asked the court that bail not be considered, telling Pompey that the accused men are on remand for “a serious offence”.

On Tuesday, three prisoners were also brought before the Kingstown Magistrate’s Court charged with attempted murder and conspiracy to murder another inmate.

The charges were brought against Jamarlo Dunbar, Dennis Richardson and Ian Gould, all of whom are on remand for various offences.

The accused men were not allowed to plea to the indictable charges and will return to go before the Serious Offences Court on Sept. 4, when the date for a preliminary inquiry will be determined.

The charges stem from an incident that led to Chewitt undergoing emergency surgery at the Milton Cato Memorial Hospital after being stabbed at the correctional facility.

A source familiar with the development told iWitness News in early August that Chewitt was treated for cardiac tamponade — pressure on the heart that occurs when blood or fluid builds up in the space between the heart muscle and the outer covering sac of the heart.

The source, who asked not to be named because of the sensitive nature of the issues, said that Chewitt was stabbed during an altercation involving several other prisoners.

At least four other prisoners were stabbed, but Chewitt suffered the worst of it, the source said.

The source told iWitness News that the security situation at the prison is said to be volatile, as 14 positions remain unfilled for more than a year.

The source said that at times, there are as few as 10 prison wardens on duty, including a corporal, and the senior prison officer — two administrative positions — leaving about eight persons to do actual prison duties.

iWitness News was told that when the eight wardens take up their respective duties, there is often no prison warden left to ensure that order is maintained among prisoners in the yard.

The source said that when there is a fracas at the prisons, officers sometimes have to wait until it cools down before attending to the wounded.

In June, the Public Service Union, the trade union that represents prison wardens, told the media that 14 positions at the prisons were yet to be filled and the situation was leading to burnout among correctional officers.