Abused girlfriend of politician says they both need help 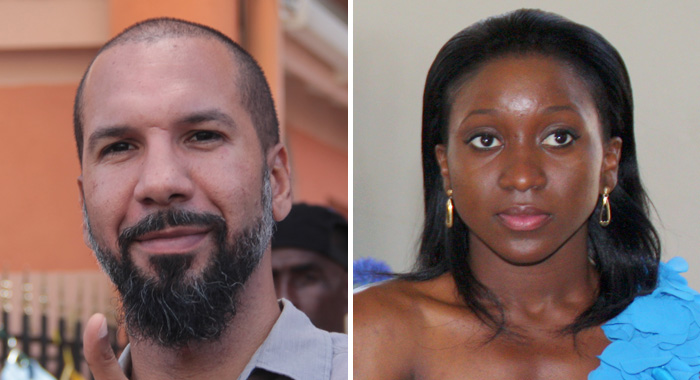 The girlfriend of budding opposition politician Colin Graham said on Tuesday that they both need help.

Iyah Jacobs’ admission on Hot 97 FM came one day after Graham was suspended for work at the station for 30 days, without pay, after station owner and manager, Luke Boyea, said that Graham had lied to him over the saga.

Jacobs spoke about their abusive relationship in a post on Facebook last week, about two days after the main opposition New Democratic Party (NDP) announced that Graham had passed the initial stages of becoming its candidate for East St. George in the next elections, conditionally due in March 2021.

She quickly deleted the post and Graham admitted on Hot 97 a day later that Jacobs had spoken the truth.

In her first public comments on the issue, Jacobs said on Tuesday that her intention in making the post was for Graham to receive “some sort of intervention”.

She said that attacking Graham will not address the situation.

“Becoming political about it is not going to deal with the issue,” she said, adding that she understands why a lot of members of the public are “crucifying” her the way they do because there was “a lot of loopholes that were missing.

“A lot of information was not given so everybody had the right to speculate and I mean the way it came across, of course, attack me, why not.

“But I am proud to say that as much as I fail, like everybody else, I am a believer in Christ and I know that they that are with me are more and will always be more than they who are against me. And I am thankful to God for dealing with this issue in the way he is dealing with it.”

Jacobs was calling from Barbados where she had gone for vacation and said “Ralph”, an apparent reference to Prime Minister Ralph Gonsalves, who is also leader of the ruling Unity Labour Party, did not send her there.

“All of this was not premeditated. I was not paid off any money. I would be happy to get paid off; I have my nursing school fees to pay — why not,” she said, seemingly light-heartedly.

Jacobs said that it was not her intention to harm Graham politically, but added, “Colin needs help. I need help as well but the root public is that Colin, really and truly does need help.”

She said that there is now “a lot of tension” in their relationship.

“I am not going to deny my feelings for him but unless there is forgiving and there is some sort of restoration, even a friendship will have to be put on hold. For now, I will be supportive of Colin but, honestly, I really don’t know. Just like how this truth took its time and played itself out, I guess the relationship will have to do that as well.”

In her post on Facebook, which was deleted shortly after being made, Jacobs said it has been three to four years since she met and began dating Graham.

She said that the first year of the relationship was “good” but from year two onward was “not so good”.

On radio on Tuesday, Jacobs said that after the first year of the relationship, “there was a lot of insecurity, a lot of accusations; even friendships were accused, whether innocently or not.

“And let’s just say that honesty is a really good thing, being honest is a beautiful thing, [but] never, ever, ever, whether it is your husband, your wife, your mother, never become totally honest with human beings because even things that happen in the past that you try to be honest with so people could know — you know — that is who I am, but this is not who I am anymore, they still — you know — eventually use it against you and you are still judged by it,” Jacobs said.

She added: “Take everything, absolutely everything to God in prayer.”

The student nurse also had some advice for persons who are being abused.

“And for persons being abused, be very careful who you share your stories with because a lot of them, they have nice pay cheques, they have qualifications to match, but they are absolutely no good.