10 reasons reparations for black Vincentian slavery is a bad idea 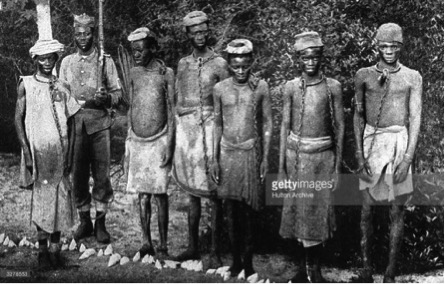 “I have said in the past – and I’ll repeat again – that the best reparations we can provide [Black Americans] are good schools in the inner city and jobs for people who are unemployed” (Barack Obama, August 2, 2008).

In a controversial pamphlet that appeared in many American college newspapers in 2001, highly published author and Guggenheim Fellow, David Horowitz, lists “Ten Reasons Why Reparations for Slavery are a Bad Idea for Black People — And Racist Too” that generally apply to St. Vincent and the Grenadines (SVG) as well. Though the reparations movement was always dead on arrival in the United States, as the opening quote from Obama suggests, and moving at a snail’s pace in the Caribbean, it is still high time Vincentians heard a counter-narrative to polemical prattle from Dr. Ralph Gonsalves, Prime Minister of SVG, and Mr. Jomo Thomas, Speaker of the SVG House of Assembly.

For the sake of argument, if nothing else, here is my heavily borrowed adaptation of Horowitz’s points:

How can any government or tribunal be expected to agree with demands said to be rooted in a slave system that disappeared 20 generations ago based on unsubstantiated assumptions and no hard evidence? Or should we — the court of public opinion — the British government, and any manner of civil or criminal court, blindly accept, without any supporting evidence, Prime Minister Gonsalves’ (post hoc ergo propter hoc logical fallacy) assertion that, “… the legacies of underdevelopment which exist today … are undeniably [my italics] traced to native genocide and African slavery?”

What is the solution to these seemingly intractable problems? Reparations, including “debt cancellation,” another outrageous CARICOM demand meant to absolve our leaders of the sin of profligate spending only meant to keep them in power.