Lawyer concerned about media reportage on stabbing death of woman 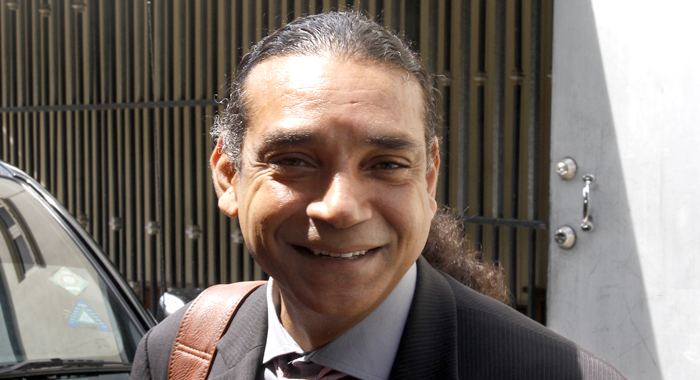 A lawyer for one of the three teenagers charged with Monday’s killing of Simonia Da Silva of Fairhall has told the court that he is concerned about the manner in which the media have reported on the crime.

On Wednesday, Twanecia Ollivierre, 19, unemployed of Chapmans; Alana Hudson, 19, a secretary of New Montrose; and Taylor Mofford, 18, unemployed of Belmont appeared at the Serious Offences Court in Kingstown, where they were arraigned on a charge of murder in connection to Da Silva’s death.

Lawyer Ronny Marks, who is representing Hudson, told the court that the way the matter is being reported on in the media could jeopardise both the defence and prosecution in the case.

“Journalists have to be careful. Their conduct may very well result in the possibility of there not being a fair trial,” Marks said, but did not elaborate.

“OK. It has been noted,” responded Chief Magistrate Rechanne Browne-Matthias, who presided.

Senior Prosecutor Adolphus Delplesche, who represented the Crown at the hearing, did not comment.

Da Silva died after being stabbed repeatedly in her yard between midnight and 1 a.m. Monday.

The accused murderers have been remanded in custody until Dec. 7, 2017 for the commencement of a preliminary inquiry in which as many as 26 witnesses are likely to testify.