Tropical storm watch is in effect for SVG 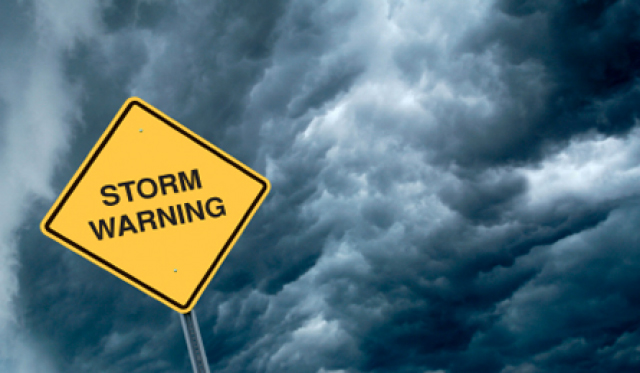 The weather system is moving west at 20mph (32 km/h) and a slower west-northwest motion is expected during the next 24 hours. Maximum sustained winds are near 35mph (56 km/h) with higher gusts. The estimated minimum central pressure is 1006 millibars, 29.70 inches.

On its present track, the centre is forecast to pass north of SVG on Monday. Instability is forecast to begin affecting SVG Sunday night into early Monday, resulting in an increase in cloudiness with moderate to heavy showers, periods of rain, thunderstorms and occasionally gusty winds. Feeder bands are forecast to continue affecting the islands into Tuesday. Rainfall accumulations up to 8 inches (200mm) are possible with the passage of this system.

As the system approaches, light variable winds are anticipated for Sunday increasing in strength by Monday with near gale force winds of approximately 37mph (61km/h). Strong westerly to south-westerly winds on Tuesday and Wednesday as the system moves away from SVG.

In addition, deterioration in sea conditions by Sunday afternoon with swells peaking to 4 meters (13feet) by Monday is likely. These swells are likely to cause life-threatening surf and rip current conditions.

This information will be updated at 5 p.m. today (Saturday), the SVG Meteorological Office said, adding that it will continue to monitor this system.