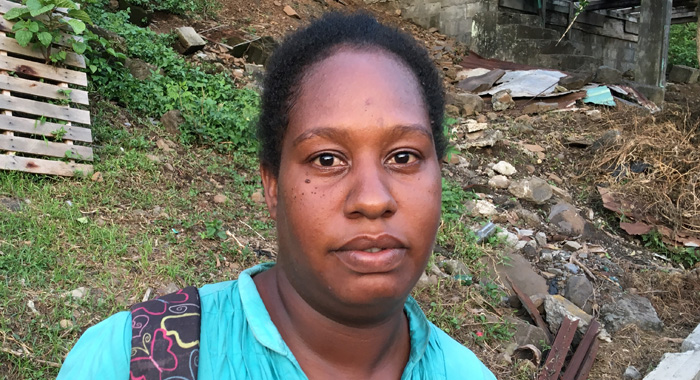 The mother of a 5-year-old autistic boy suffered the humiliation of being the laughing stock of his schoolmates so that her son could return to class.

The development on Monday at the Layou Government School displeased several parents in the Central Leeward town.

One of them, the mother of an 8-year-old girl, told iWitness News that she was offended by the incident, as her daughter told her most of the primary school students were laughing at the mother during the apology and had to be rebuked by the head teacher.

The autistic boy, Lancelot Jr. Douglas, of Layou, was sent home from the Layou Government School on Sept. 5. – where he had already spent a year — after a toy he had in his hand accidentally struck a teacher in the head as he tried to free himself from her.

Douglas, who was diagnosed with autism when he was almost 3 years old, had already spent a full year at the primary school and was promoted to Grade 1.

His mother, Tamesha Cupid, said that the School for Children With Special Needs, where she was told to take him for continuation of his education after the Sept. 5 incident, concluded that he was high-functioning and should continue his education at a school for neuro-typical children.

Autism Speaks, a website, says that autism, or autism spectrum disorder, refers to a range of conditions characterised by challenges with social skills, repetitive behaviours, speech and nonverbal communication, as well as by unique strengths and differences.

The term “spectrum” reflects the wide variation in challenges and strengths possessed by each person with autism.

Cupid said that Douglas gets restless when he is not engaged and would go out of the classroom to play, and would tap other students with the hope that they would chase him.

Since the incident, Cupid had been lobbying the Ministry of Education, then turned to the media for help in having the situation addressed.

An iWitness News story about Douglas’ case, published last Wednesday, Sept. 20 — more than two weeks after the incident — resulted in widespread outcry and criticism on social media of the education system in St. Vincent and the Grenadines.

Cupid told iWitness News yesterday (Monday), that last Friday, two officials at the Ministry of Education told her that Douglas would continue his education at the Layou Government School, commencing yesterday (Monday).

She, however, said that one of the officials told her that they believe the school would want an apology.

“I took him back to the school and I apologised to the school, [which is] something that I think I did not have to do because Lance was out of school for almost three weeks,” Cupid, a mother of five, told iWitness News.

“She (education official) said I took it to the media and I shouldn’t have take it to the media. If it was any other body child, they wudda do (would have done) worse than me,” Cupid told iWitness News.

“I believe it is something that I should have done because everybody needed to know… I mean, come on, he is 5 and you (school)  should’ve just called the parents with the teacher, the head teacher and settle that matter right there. But they sent it to the ministry.  I really felt it. Some people felt it, some people agreed that I didn’t have to go to media but I wanted his voice to [be heard] and his voice [was heard]. So I was grateful for that.”

Cupid said that she agreed to apologise “because I wanted my son back in school”.

She said that some persons have accused her of lying about the incident, a charge she denied.

“I wasn’t there when the incident happened. It’s people who tell me,” she said, repeating what she said when she first spoke to iWitness News on Sept. 19.

She said that while some person criticised her for speaking to the media on her son’s behalf, others told her she should have gone “even further”.

“He is back in school and I am grateful for that,” said Cupid, who spoke to iWitness News on her way home from a meeting at the school for parents of students writing next year’s primary school exit examination.

She said she was not sure how was Douglas’ first day back in school.

“When I go home, I will ask him and he will tell me what he did for the day,” Cupid said.

She told iWitness News that as part of her apology, she told the school’s assembly that it was not her idea initially to go to the media.

“I told them what happened it wasn’t my fault and it wasn’t me who actually did it, it was part of his family, because they felt it also as me.

“And I felt bad because my son was home for a little incident that could have been discussed around a roundtable in the school. It wasn’t a big issue that you had to go to court or anything like that.

“And they didn’t handle it in the right way. They got on as if he wilfully [did it] or that he deserved that kind of treatment.

“Three weeks out of school is plenty,” she said, adding that a test is coming up and she is now not sure how well her son will do.