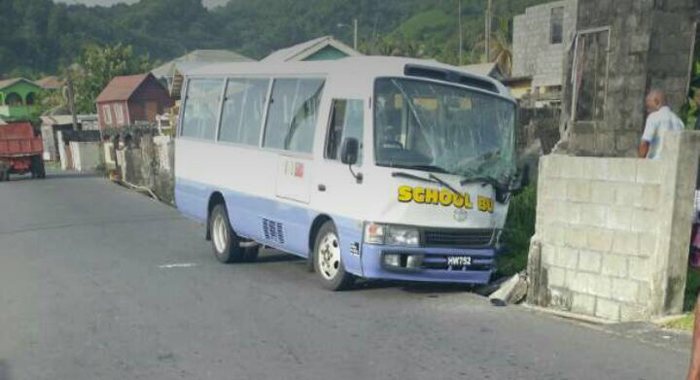 One of the 19 government-owned school buses, presented as a safe and comfortable alternative for students, crashed in Georgetown last Friday, less than one month after being commissioned.

No one was injured in the incident, which occurred when only the driver, Simon Glynn, was in the bus, HW752.

Reports are that Glynn told police that he was travelling in the direction of Georgetown when the bus swerved to the left and hit a wall.

The vehicle was one of 10 second-hand buses bought by the government of St. Vincent and the Grenadines partly with a US$300,000 grant from Taiwan.

Prime Minister Ralph Gonsalves has said that each bus is insured for EC$220,000

The buses have been leased over a five-year period, at the end of which the operators will have the option of purchasing them.

As part of the lease arrangement, the driver of the bus must be older than 30 years and if older than 60 years, he or she will be required to do a medical examination annually.