Grenadian man jailed in St. Vincent for 174 pounds of weed 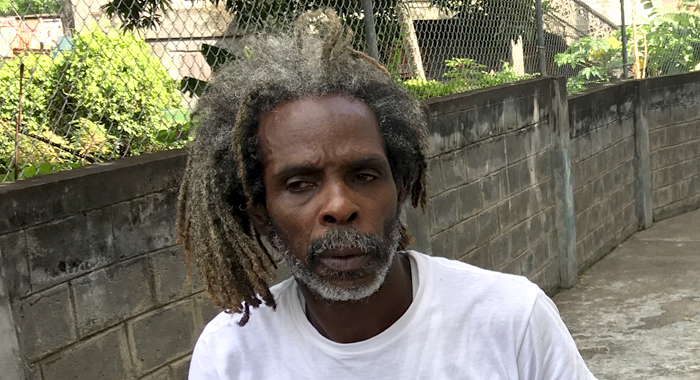 A Grenadian man was on Friday jailed in St. Vincent for three years after being found guilty of possession of 174 lbs of cannabis with intention to supply it to another.

Ingram Francis, 53, of St. David, Grenada was nabbed with the drugs in taped packages in nylon sacks during a police operation in Union Island around 5:40 p.m. on March 9.

He has spent the last seven months on remand and this time will be deducted from his sentence.

At the Serious Offences Court in Kingstown on Friday, Chief Magistrate Rechanne Browne-Matthias found Francis guilty of possession of the drug at the end of a trial in which he testified in his own defence.

In his evidence, the investigator, Police Constable Lennox Jr Pierre, who is attached to the Rapid Response Unit and stationed in Union Island, told the court that on the date in question, he and another officer, Police Constable Royston Davis, acting on information, went to the beach at Campbell, Union Island.

He said that they went through some bushes, where he observed a male sitting on a nylon sack.

Pierre said that he and his colleagues were dressed in their RRU uniform, and the man, whom he identified as the defendant, apparently upon seeing them, began to run.

Pierre gave chase and caught Ingram about 20 feet from the sack.

As Davis kept security, Pierre identified himself to Ingram as a police officer and brought him back to where he was initially seen sitting on the sack.

They requested a search of his person but found nothing illegal neither did they find any legal form of identification.

The officers searched the sack that Francis was sitting on and found it to contain plant-like material resembling cannabis.

When the contents of the sack were shown to the defendant, he said, “Officers, I ain’t giving alyo no trouble. Two guys were here with me and they gone up the road, so I responsible for the weed. I dey here couple days now and we supposed to leave early in the morning on a boat.”

When Pierre and Davis conducted a more detailed search of the area, they found four more nylon sacks in the presence of the defendant

Pierre said he questioned Francis in relation to the other sacks and he said he was working with someone to take the drugs to Grenada, but did not identify the person.

The officer told the court that he was about 25 feet away from Francis when he first saw him, adding that he saw the defendant from the side and had him in view for about two minutes before the defendant began running.

He also told the court that he found the other sacks about 10-12 feet from where Francis was sitting.

In his cross-examination of Pierre, defence counsel Grant Connell put it to the officer that they had met Francis in the street and he only had a parcel of marijuana in his crotch.

“You ever watch Sesame Street?” Connell said, and sang, “One of these things don’t belong together.”

Pierre, however, denied that he had found any marijuana or anything illegal on Francis’ person.

The lawyer further put it to the cop that they had met Francis in the road and had told him that anything illegal found in the bushes belongs to him.

The police officer, however, denied this was the case.

But Connell maintained that the smallest of the 17 packages that the police had found was the only one that Francis was responsible for, telling the court that it was in the man’s crotch.

“That in his crotch? That is coo, man,” the magistrate said.

In further cross-examining the police officer, Connell said that when Francis said he was responsible, he was claiming responsibility for the drugs that he had “in his garment”.

But Pierre maintained that he didn’t find any drugs in the man’s garment.

Davis also testified, corroborating the evidence of his colleague.

The court rejected a no-case submission from Connell, during which he cited what he said were inconsistencies in the date that Station Sergeant of Police Catherine Robinson of the Narcotics Unit, who also testified, regarding the date when samples of the drugs were taken for testing.

He said there must either be no evidence at all or that the evidence must be so manifestly unreliable or tenuous or unreliable that a jury, properly directed, cannot convict.

“Which of these limbs is my friend relying on,” the prosecutor said.

Connell interjected that the evidence presented “hasn’t reached a limb at all”.

In his defence, Francis told the court that he lives in Carriacou, where there is a culture of unfettered movement by sea between that jurisdiction and Union Island, in the Southern Grenadines.

He said that he had come to St. Vincent on March 9 to buy coconut oil, breadfruit and other items.

Francis said that in addition to the legal items, he bought some marijuana for US$400, and told the court that it was the smallest of the packages presented in evidence.

The defendant said that police met him walking in Campbell on the date in question and found the parcel of marijuana between his thighs..

He said they beat him then told him that anything illegal found in the nearby bushes also belongs to him.

“Your worship, I just happen to be in the wrong place at the wrong time,” he said as he maintained that the larger parcels of marijuana did not belong to him.

He also claimed that the officer beat him, boxing him in his eyes.

However, the magistrate did not accept the man’s explanation and ruled that the prosecution had proven its case beyond reasonable doubt.

In sentencing Francis, she noted that he has no previous convictions in the jurisdiction but said she has to look at the quantity of marijuana.

She noted that he has been in custody for seven months, adding that she also has to take into account the rulings of the Court of Appeal on drug matters.

“This quantity would be on the four-year side,” the magistrate said, adding that she would, however, consider his age, and sentenced the man to three years imprisonment.