PM stands by cops who use reasonable force against gunmen 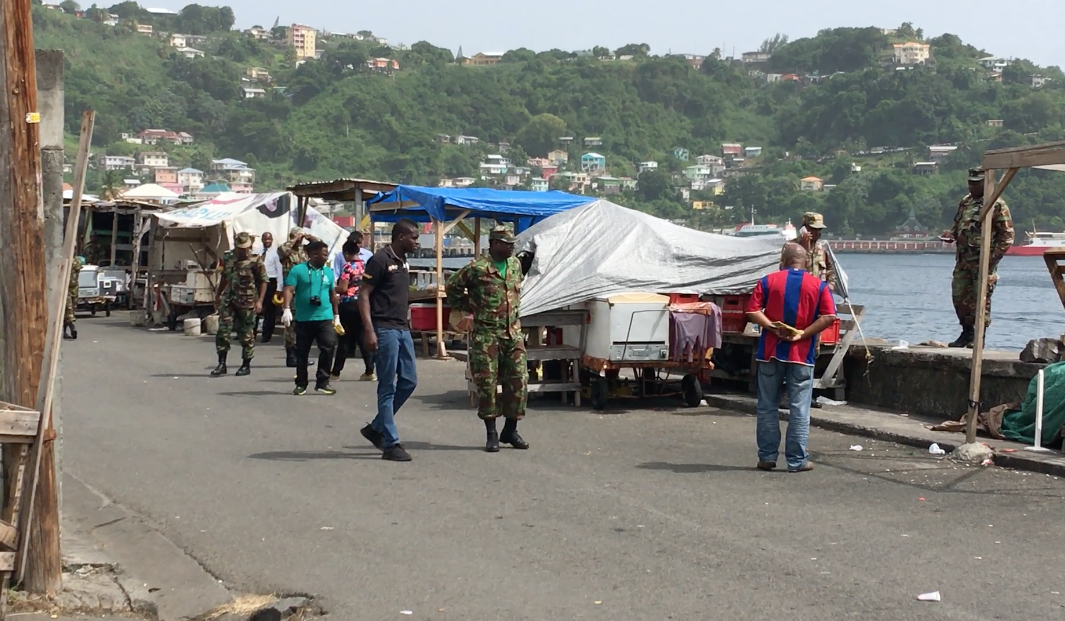 Prime Minister Ralph Gonsalves on Tuesday pledged his government’s support for police officers who use reasonable force when confronting gunmen in St. Vincent and the Grenadines.

The comments came amidst increasing calls by residents of SVG for authorities to do something about the shootings that have escalated recently.

On Saturday, nine persons were injured as three gunmen fired some 40 shots, indiscriminately, at persons at shop in Diamond.

Gregory “Woody” Abraham, 33, one of the injured men, died at the Milton Cato Memorial Hospital on Monday, bringing the homicide count this year to 35 — five shy of last year’s record-breaking 40.

Gonsalves, who is also Minister of National Security, said the crime problem is primarily one of young males, although some females are involved in a few instances.

Speaking at a press conference in Kingstown, Gonsalves avoided using the word “gang”, two weeks after Minister of local government, Sen. Julian Francis, said that many of the persons who have been killed are not innocent and are, in fact, “marked to be hit”.

Francis had also said that gangs are killing each other in the country, but Gonsalves described the warring factions as “associational groupings”.

“And, some of the foot soldiers in these associational groupings — quote unquote foot soldiers — have very little skills — and they have some of the psychosocial problems which I — which many people have spoken about…” the prime minister said.

He, however, said that some of the leaders of these “associational groupings” are intelligent young men, some of whom have gone to secondary school.

“Some of them are small business operators you know,” the prime minister said.

“I want to give the assurance to the public that this prime minister takes the issue of security, citizen security, very seriously and that we are strengthening a lot of operations in the Police Force. A lot of intensified tactical work is being done. I am not going to speak about what is being done within particular strategic framework.”

He said his government is providing the wherewithal to the police to do their job.

“But I say again to the police officers who are on the frontline, when you are confronted, or when you are face to face, or when you are involved in doing your job and you meet gunmen who want to do you harm, or you apprehend harm, or persons with implements of violence, you are not obliged to recite the beatitudes.

“And your first option is not flight. You are entitled to repel the source of the threat reasonably. And I add that import adverb. But that adverb ‘reasonably’ is not to detain you from protecting yourself or the community,” Gonsalves said.

Gonsalves said that he would make sure that the police have additional transport and additional facilities of one kind or another, adding that his government has just approved an additional 20-something police officers to join the Force.

“In the new Budget, I will do more and we will continue to do the training,” Gonsalves said, referring to the fiscal package that is usually presented in December or early January.

“And I say to the police officers as I say to the country — I’ve said it before: If a police officer is doing his work and acts reasonably; in other words, he is not on a frolic of his own, that this prime minister and this government will use every lawful means to defend you.

“In other words, yo’ do yo’ job reasonably, yo’ not on a frolic of your own, yo’ can really on the right thinking people of this country, as represented by their government, to stand in your corner.”

Gonsalves said police officers should not be fearful of the criticism that their actions might provoke.

He also referred to the shooting death at the hand of police of Leon “Buyaka” Samuel at a house in Cane Garden last Tuesday, during what has been reported as a burglary.

Police said that they apprehended another man, Kirk Williams of Sion Hill, who complied with their instruction.

However, police shot Samuel in the chest, reportedly after he attacked officers who had gone into the house after Samuel disobeyed their instructions to exit the home. Williams has been charged with aggravated burglary and was denied bail because last Tuesdays’ alleged crime was reportedly committed while on bail for a similar offence.

“I don’t know what are the statements that have all been taken. I have received a report,” Gonsalves said of the killing, which Vincentians celebrated on social and other media platforms.

Gonsalves, who is also minister of legal affairs, noted that under the law, if person acts in a manner that, on the face of it, shows criminal misconduct, the Director of Public Prosecution would proffer a charge.

He noted that such a proceeding is not a “tribunal of declaring guilty or innocence”.