Opposition willing to work with gov’t to combat rising crime 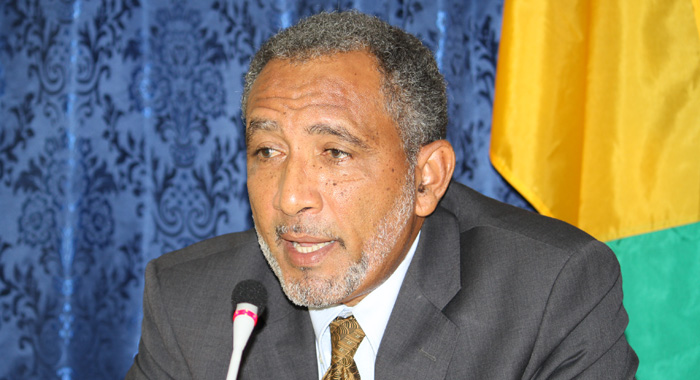 The main opposition New Democratic Party (NDP) says it is willing to work with the Unity Labour Party government to address the crime situation in St. Vincent and the Grenadines.

Opposition Leader and NDP president, Godwin Friday, said Monday on Boom FM that the NDP has made such an offer before.

He spoke of the offer by former NDP president and Opposition Leader Arnhim Eustace amidst election violence to join with Prime Minister Ralph Gonsalves to issue a joint statement.

Friday noted that Gonsalves had rejected the offer, claiming that Eustace wanted to look prime ministerial.

“I mean, come on, you are going to put partisan political advantage above national needs in a crisis situation? That is ridiculous!

“Of course, we are going to work together with whomever, the government, the police, social organisation, to try and find a solution to this problem because it is one that you can’t solve as a political party by yourself…”

Friday was speaking amidst heightened concerns among citizens after a series of shooting incidents recently, including one on Saturday in which gunmen fired indiscriminately on persons at a shop in Diamond.

One man has died and seven others were injured as a result of that incident, the worst mass shooting in SVG.

One day later, a Paul’s Avenue man survived being shot six times just before noon in the Kingstown community.

Friday admitted that there is no single solution to the nation’s crime problem.

“We have to have a multi-faceted approach, we have to have all hands on deck and I am glad to see the church groups are getting involved. I want to see more social organisation get involved. I want to see a revitalisation of organisations that deal with young people in this country to give them a positive role to play in the society and give them hope for the future in St. Vincent and the Grenadines.”

Friday said that one of the problem is that there is little hope in SVG, and in such a situation, other things are diminished in value.

“Other people’s property, other people’s lives don’t seem to be of any great importance because in [the lives of the criminals], they don’t see that there is a future there,” he said.

“So we have to transform that in St. Vincent and the Grenadines and if we do that, I believe you are going to have a lot more people who are willing to do the things that are necessary, to deal with these social problems and to bring about a safer community for all of us,” Friday said.