Argyle man to be tried for imitation firearm 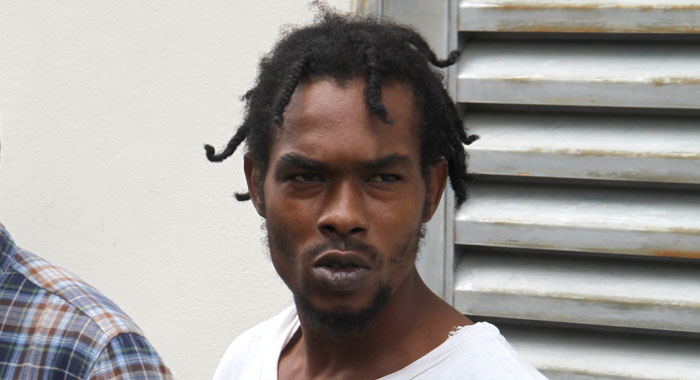 Romarion Bynoe will be tried for possession of an imitation firearm. (iWN photo)

An Argyle man returns to court on Nov. 14 for trial on a possession of an imitation firearm charge, even as he serves a prison sentence for ammunition possession.

Romarion Bynoe, 21, unemployed, was on Tuesday sentenced to six months in prison for possession of two rounds of 9mm ammunition without a licence.

He was further sentenced to 12 months in prison for possession of three rounds of 5.56mm prohibited ammunition without a license issued under the Firearms Act.

He had the previous day pleaded guilty to two charges in relation to the ammunition, and not guilty to imitation firearm charge.

At their arraignment at the Serious Offences Court in Kingstown on Monday,

Bynoe’s co-accused, Gailene Simon, 30, unemployed of Victoria Village, had pleaded not guilty to all three charges.

Senior Prosecutor Adolphus Delplesche asked for a one-day adjournment before sentencing Bynoe and for a determination to be made in relation to Simon.

On Tuesday, the prosecution withdrew the charges against Simon.