Amidst a spate of shootings in SVG, a focus on semantics 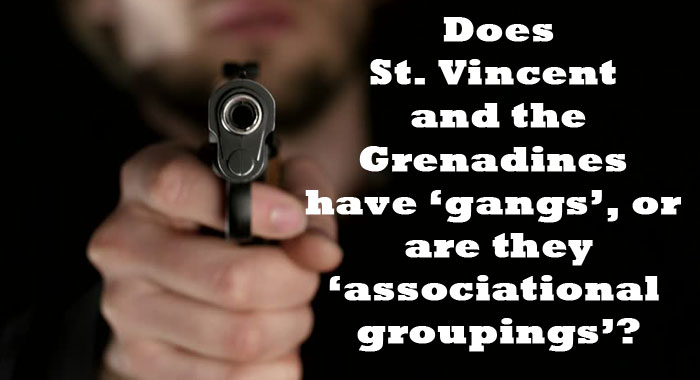 Amidst the tit for tat killings and shootings over the past few weeks, Prime Minister Ralph Gonsalves maintains that there are no gangs in St. Vincent and the Grenadines (SVG).

Weeks after Minister of Local Government, Sen. Julian Francis, stated publicly that gang members are killing each other in SVG, Gonsalves still posits that what really exists in SVG are “associational groupings with criminal activity”.

“Gangs speak to a certain esprit de corps and a certain commitment to one another to carry out certain things for certain specific purposes. But many of these groups don’t have that degree of solidity,” he argued at a press conference on Tuesday.

Gonsalves, who noted his training in social science and law, said he is very careful in the way he speaks.

He said there is “a certain fluidity with persons from particular geographic areas with particular locus of resources who may be the main person in a particular associational grouping”.

To support his thesis, Gonsalves, who is also Minister of National Security, offered this example:

“There is a particular man who was one big drug man once. They tell me, ‘Boy, he has a gang’ and so on and so on and thing. I say, ‘But he cyah have a gang. He’s just too boastful and show off and too selfish in things what he was doing that he would have acquaintances who would help him to do certain jobs, but they would rat on him, if need be. They have no commitment to him.’

“This is a matter you have to read and study, reflect upon. And that’s why I talk the way I talk. And nobody is going to lead me to use words–”

The prime minister, who is also Minister of Legal Affairs, agreed that “a rose, called a tulip, is still a rose”.

“That is true, but there is a qualitative difference between a gang as an organised criminal conspiratorial grouping for a set of purposes than more lose associational arrangements…

“St. Vincent is complicated, small, but I don’t want to use language borrowed from other places,” he said.

But while Gonsalves maintained that there are no gangs in SVG, he announced at the same press conference that security forces in SVG had one week earlier deported a Trinidadian who they felt had come to SVG “to do a job which was connected to criminal purposes”.

He further said that these “associational groupings” are engaged in competition and that there are different bases for competitions between these groups.

“I hear sometimes people on the street would say, ‘That killing dey sound so professional.’ Ordinary people, you know. And other would have less of a mark of professionalism about it.”

He said that the Trinidadian who was deported was “reconnoitering”, but did not have anything illegal on him.

“But not too long afterward some shooting took placed, not necessarily by persons outside…” the prime minister said.

The prime minister was speaking in the context of the worst mass shooting in SVG, in which was eight persons were shot at a shop in Diamond on Saturday,

Oct. 14, one of whom died in hospital two days later.

The death of Gregory “Woody” Abrahams, aka “Pecker”, a 33-year-old resident of the South Windward community where the shooting took place, brought the homicide count to 35 – five less than last year’s record-breaking 40.

The day after the shooting in Diamond, a farmer and businessman survived being shot in Paul’s Avenue between 11 a.m. and noon in his community, which is located in the heart of the capital.

Those shootings follow on a bloody September, which saw eight persons killed — five of them falling to gunshot injuries, and a further four surviving gunshot wounds.

October opened with the execution-style killing of a man in Campden Park, who was shot twice in the head while walking on the public road around 10 p.m. on Oct. 3.

While Gonsalves has taken an academic approach to whether gangs exist in SVG, two senior law enforcement sources, intimately familiar with the happenings on the front line in the fight against crime and violence in the country, have told iWitness News that without a doubt, there are gangs operating in SVG.

One source told iWitness News that in addition to the five “associational groupings” that Gonsalves identified — one in East St. George, one in South Leeward and three in the Kingstown conurbation — there is a gang operating along the boundary between Gonsalves’ own North Central Windward constituency and North Windward.

The source told iWitness that the gang is about 80 members strong and uses a name that is a combination of the Spanish words for two single-digit numbers.

One resident of the district where the gang is said to operate recently told iWitness News that some gang members sexually assault a female in the community.

Speaking on radio last week Monday, Leader of the Opposition, Godwin Friday, said that one of the first steps in addressing crime in SVG is accepting that there is a problem.

“Accept that we have a problem. Stop hiding your head in the sand like an ostrich and let us all put our backs to the wheel to find the solutions to them,” Friday said on Boom FM.

“You have to first admit that we have a problem and that it is getting out of hand and that if we don’t arrest it now, [it will get worse],” the opposition leader said.

3 replies on “Amidst a spate of shootings in SVG, a focus on semantics”