Time to repair the ‘broken windows’ in SVG 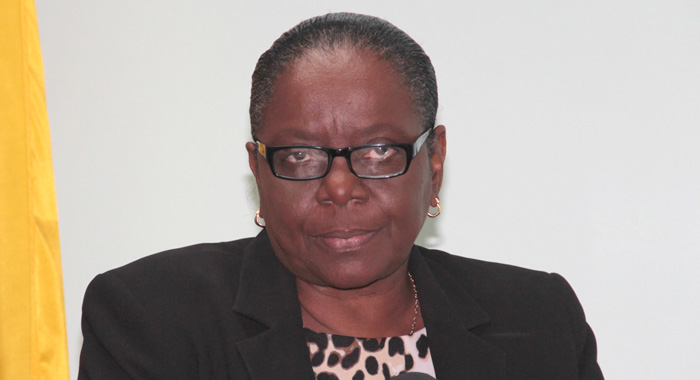 (Editor’s note: This piece by Director of Planning, Laura Anthony-Browne has been floating around on the internet for a few days. We have finally been able to ascertain its authenticity and decided to share it with our readers.)

A note on the crime situation in our country

In thinking about this matter, and trying to understand its conundrum, my mind was tossed back to the early 1980s, when similar attention was focused on the level of crime in the USA, and in particular, New York. Crime, especially serious crime, was linked to disorder and a general decline in incivility. Investigating this, two researchers, Kelling and Wilson, established a causal link between unchecked and unregulated disorderly behavior, and an escalation in crime. This “broken windows theory” suggests that “if a window in a building is broken and is left unrepaired, all of the other windows will soon be broken… once unrepaired, broken windows is a signal that no one cares…” This “broken windows theory” which may seem simplistic on the face of it, resonates with me. As a girl growing up in the village of Troumaca, I observed that various head teachers for our school, once they were not from our village, lived in a particular house (which I later came to realize was provided by the government for their use). Eventually, the house was vacant, and a window was broken; soon enough, another window then another, and eventually the entire house was in a dilapidated condition, and became a den for unwelcomed activities.

Using the analogy of the “broken windows theory” to try to understand the escalation of crime in our country, I believe that there are a lot of broken windows in St. Vincent and the Grenadines.

I have a pet peeve. Kingstown looks like a “shanty town” on most days. Vendors abound. There is hardly room for pedestrians to walk. Still, certain arms of the general government legitimise this as they collect “rent” from these vendors, permitting them to ply their trade in whatever part of the city they so desire, unmolested. “Everybody has to make a dollar,” we argue, so we allow the vendors to encroach more and more onto pedestrian space, and one dares to comment at the risk of receiving a verbal dressing down. The vending in the streets of Kingstown is a “broken window”. It needs to be fixed, and the government must see this as a problem that needs to be addressed and summon the courage to do so.

Another broken window is the conduct of van drivers. Everyone I know is complaining about the minivans and their loud and lewd music, their reckless driving and overtaking, their open disrespect for the law. Yet, they are allowed to get away with this behavior. The police, for reasons not known to the public, seem impotent to act. To be sure, there are minibus drivers who are exemplary, and these must be commended; but the situation with the disorderly conduct of many of the minibus drivers is a broken window in our society. I believe that if one were to seriously investigate some of the crime today, there will be links to the unchecked, uncontrolled, disorderly conduct of the minibus drivers and the escalation of crime.

There are too, a lot of broken windows in our school system. Just this last July/August vacation; there was considerable discussion about the vandalism in school, particularly at the end of the previous school year. As someone who spends a lot of time trying to mobilise financing for the Government’s activities, and also as a parent, the act of vandalism by our nation’s children saddens me. But, I also know that children hardly get up overnight and decide to mash up the furniture at their schools, or otherwise be recalcitrant. I believe that the children who are guilty of this act of disorder, did not suddenly become disruptive, destructive and uncontrollable; I believe that they may have displayed disorderly behavior before. Disorderly behavior in students ought not to go unchecked. Children who are consistently disorderly are most likely to end up with little education or employable skills, they are most likely to unemployed, and their vulnerabilities are most likely to be exploited. They are prime target for drug and gun peddlers. We need to fix this broken window.

Sometime this year, I had the opportunity to speak to students at one of our educational institutions here. During those interactions, we discussed some social ills, which impact adversely on the behavior, attitudes and performance of students. One of these problems is incest. Without doubt, sexual perversion is a broken window in our country, but in particular, the evil and sin of incest, not only involving our young girls, but our young boys too, is a problem that needs to be addressed. I know of cases that have been referred by schools to the appropriate authorities, and my heart bleeds for the affected children, while the curse of incest continues as a dirty little secret in our country. I will not be surprised if instances of deviancy, rebellion and insubordination that we see in our young people are a manifestation of the confusion or shame that they feel because of incest. Incest in our country is a broken window, and we need to fix it.

There are many broken windows too in the public service and I ask my fellow public servants to reflect on the ways in which we have contributed to the disorder and incivility in our society. If we are, if like Belshazzar, we have been weighed in the scales and found wanting, then we must decide consciously to help to fix it. Some public servants, including many of us who proclaim Christianity, turn up to work at any hour; we leave at any hour; without ever once considering the error of our ways. We are unconcerned about our own productivity, and that of the country, yet, we expect the government to faithfully honour its contractual obligations, and so we turn up to the bank at the end of each month and happily receive our paychecks. If we say that time is money, and we are less than fair with our timekeeping, then we can decide what we are called. For me, this is only one of the symptoms of disorder and where disorder goes unchecked, crime abounds.

The next time that I am on the pulpit, if it is God’s will, I will share how I see the church’s role in crime escalation, but more critically, in crime prevention, because God has given us specific instructions which, if followed, will lead to “healing of our land”. Most of us will agree that our country needs to be healed from disorder, and incivility and yes, crime. The church can help.

Are we going to see a de-escalation of crime in the immediate future? It does not make sense for us to lament and mourn while we do nothing. I am aware that the measures that were adopted in New York City in response to this “Broken Windows Theory” led to some overly aggressive policing, and I do not suggest for a moment that we become a police state. Further, I am not an officer of the court, and not possessed of all the pertinent information, but I know that we all must, collectively, address the question of crime in St. Vincent and the Grenadines. It is hurting our country, our image, and our economy. We need all citizens, opposition, government, business people, and the church to act to restore order, and return to civility and stamp out crime in our country. As an Independence gift to our nation, let us begin now, so that we can truly sing: St. Vincent and the Grenadines, with joyful hearts we pledge to thee, our loyalty and love, and vow to keep you ever free.

Time to Repair the Broken Windows in St. Vincent and the Grenadines!

6 replies on “Time to repair the ‘broken windows’ in SVG”